You Have Seven Messages by Stewart Lewis | Teen Ink

You Have Seven Messages by Stewart Lewis

The hardest thing to hear is that your mother died. No one wants to deal with the death of their mother no matter how old you are. Yet for Luna her mother died when she was only fourteen. Now almost a year later she is still struggling with her life.

Luna nicknamed Moon lives with her little brother Tile, and her successful film director father. He mother the fashion-model was hit by a taxi car almost a year ago. Who walks in front of a taxi? Not a native New Yorker like her mom. So there must have been a reason, but what? Luna feeling make her go to her mother’s studio apartment. There she’s finds her mother’s cell phone with seven messages. Luna listens to them one by one trying to figure her mother’s personal life leading up the death. Helping her on her quest is her long term crush (who is also her neighbour) Oliver turns into a full on love. Luna also learns her talent of capturing pictures by her vintage camera. Luna learns a lot about herself, changing from the girl in chapter one into full grown women by then end of the book.

Stewart Lewis made this book into just that a book. It was good, but not perfect. He made Luna into a strong girl that your really could not sympathies for. Yes her mother died, but other than that her life was perfect. Luna did not even want sympathy. Also so many aspects on this book made it hard to focus: Oliver and his home life, her father’s absent, her mother, and her pictures with her model friend. His writing was common and the idea for the story was not common, but was a good idea. This book is the perfect quick read that makes you think. 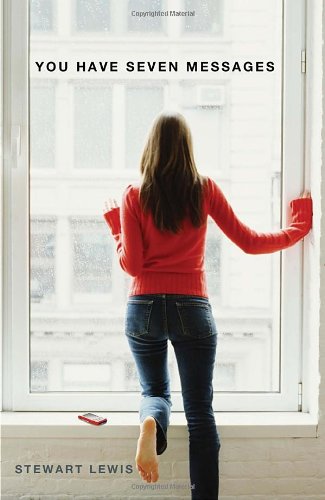 
Buy from Amazon
The author's comments:
Luna is a strong girl, major props for everything she done!
Post a comment
Submit your own