Say You Love Me | Teen Ink

Say You Love Me

Say You Love Me
By: Johanna Lindsey
Romantic Fiction


Set in London, England in the 1800's, Say You Love Me tells the story of an 18 year old mistress, Kelsey, and a 20 year old wealthy man, Derek, and how both of them didn't expect any type of relationship, they were there just to do their job. When Derek saw Kelsey for the first time he instantly saw something in her that he had not seen in all of the other girls he had ever met. Little did he know that this new mistress would make him fall in love, for Kelsey, she gave up on finding love but meeting Derek changed all of that. Say You Love Me is an unforgettable novel about two people who never expected to fall in love, at any means, but the first time they were together it was like fireworks. Johanna Lindsey really showed that love isn't impossible to find sometimes it just happens, after all everything happens for a reason.


Johanna Lindsey's novel is driven by description and actions of the characters. By letting everyone know what each character was thinking or feeling, these are shown with decisions the characters had to face. Lindsey really shows how far love will go in this world and what some people will do just to get it. Say You Love Me is a heart warming novel like the book Twilight. Both have the same idea. Fight for who you love. Twilight is set in modern time in Forks, Washington. While Say You Love Me is in the 1800's in London, England.


Say You Love Me is a novel for men and women but mostly women. With its great description on how each character feels, it is very easy to follow the plot. Although it starts out slow it gets very exiting before you know it. “But Derek, Derek he was terrified of because he had already tangled with twice and both times had lost.”

“Derek took one look at Kelsey then at Ashford with the whip in his hand, and he tore across that room. He didn't even go around the bed to get to his target, but dove over it taking him and Ashford to the floor where Kelsey couldn't see them very well just hear…”
This book is for teenagers and young adults who love romance and love to read about what people will go through to get the person they love. Say You Love Me is worth reading over and over again. 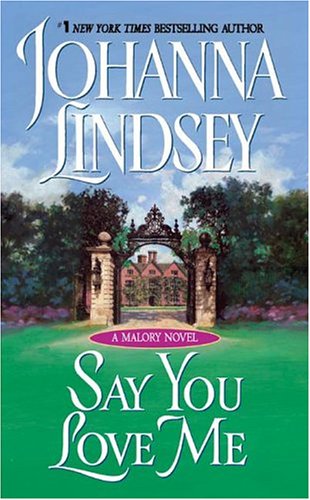