Baseball. What do you think of when you here that word? Baseball. Do you think of Fenway Park? How about the St. Luis Cardinals? Or Hot Dogs? What about when you got hit by a pitch for the first time in little league? But does anyone ever think of Terry Francona or Ron Washington? Or even what happens on the other side of the dugout? What happens before during and after every game, every season, on every team? Probably not. But if you are interested in what happens behind the scenes, Moneyball, by Michael Lewis, is a dilemma-packed, what next, classic “how to outsmart the know-it-all-idiot” story. Moneyball, the holy text of baseball, is a must read for every baseball fan.

Moneyball is a book in which Billy Beane, the General Manager of the Oakland A’s and main character of this book, works with one of the lowest budgets in all of baseball to win a World Series. In order to do that, he needs to find the best, cheapest, most efficient way to win. When you first meet our main character, he is a Major League prospect being scouted by the New York Mets. He is drafted by the Mets, and he decides to play pro ball, just for the money. After his professional career goes awry, he is hired by the Oakland A’s to scout and eventually becomes the General Manager. After a number of successful seasons, Billy runs into a problem: he has one of the lowest budgets in the baseball world to work with. To help him, he hires Harvard graduate Paul DePodesta and changes the philosophy of the game. While getting ready for the 2002 season, Billy has the draft, changing the way the team is run, and an extremely low budget to worry about. Can Billy Beane and Paul DePodesta reduce the game to a science, and reason, trick, trade, walk, scheme, and ultimately win their way to a World Series victory with the lowest payroll west of the Rocky Mountains? Read Moneyball to find out!

Efficiency counts. The more efficient you are, the better you are. That is the way the world works. You can have the ability to create a rocket engine that produces 100 pounds of thrust per second. However, it takes a lot of fuel to power that engine, and thus weighs the rocket down. Now, if you build a rocket engine that consumes 40% less fuel and still produces 80 pounds of thrust per second, the engine is lighter, and because it is more fuel efficient, it can get away with not producing as much thrust. And yet it still can be just as powerful, if not more so, because it is so much lighter. Now let’s put this into baseball context. The New York Yankees are the engine producing 100 pounds of thrust per second. However, in order to fuel that enormous amount of thrust (or in the case of baseball, wins) they had a payroll of over a hundred million dollars. The Oakland A’s are the engine producing 75-80 pounds of thrust per second, but because they have an engine producing less thrust, but still enough to do well, the A’s could drastically drop their payroll from over a hundred million that the Yankees were spending, to only 40-50 million. In this way, the team with the lower payroll will ultimately do better if they maintain the level of efficiency while increasing the payroll to an equal amount. It is because the Yankees are perhaps the richest team in baseball, that they do so well every year. If they only had a budget of half of what they spend, they would only make the playoffs once every five to ten years (I didn’t do the math, it’s a rough estimate). On the other hand, the more efficient teams would pound the Yankees every time. Another example of when efficiency matters is when running. If you are trying to run a mile at top speed, and you are racing a person running at 60% full speed, you are going to lose to the person running at 60% full speed because in the long run, you will get tired and have to stop, whereas the other person will be able to continue running. This is an efficient use of energy. In the end, efficiency is always better, and will always win out over the inefficient.

The point of view of Moneyball is from the author’s perspective. The author acts as a narrator for the book. There is no real emotion in the story, however there is a straight narration of facts. Although much of the book sounds like it is told by the main character, you will notice in some spots that there is an “I watched as Billy did this” giving away the fact that Billy Beane did not write the book. The book was written quite well and I enjoyed reading it. Due to some sketchy language, I don’t recommend this book for anyone who is under the age of ten. There are many things in the book that I think many experienced baseball fanatics will find surprising, and may disagree with. However, if you are a coach, I would strongly suggest you read this book, as it will help you prioritize your team’s needs. One odd thing about this book is that there is a leave from the story lasting quite a long time. This section goes in depth about baseball statistics, and I seriously recommend that if you don’t know a lot about baseball, you don’t read that section because after just a page or two you will be so confused you can’t think.

One thing I really liked about this book is that it gives a lot of good information on how to make the most efficient baseball team. The book was able to find how Billy Beane and his assistant Paul DePodesta are able to single out the most important statistics and create a reasonable team. I also like how the book boldly stated that there were many baseball statistics that were completely irrelevant to skill and based entirely upon luck (and if the book doesn’t say it, the book quotes people who said, and proved that some stats are stupid). One thing I dislike is how the author leaves the story being told for such an extended amount of time, instead of breaking it down over the course of, say, the first half of the book. One thing that is interesting about this book is that it is not all Billy and Paul, but there are a lot of behind-the-scenes scenes that take place featuring everybody from the players to the hitting coaches and everyone in between. I like that because it gives insight to the views of how the team is run by Billy, how the players spend time before, during, and after games, and what happens in a major league ball club, who is who, who does what, what’s the pecking order, and so on.

In conclusion, Michael Lewis’ Moneyball is truly a baseball masterpiece. What you do if had less than half the money of other teams to win a Championship? This is the problem Billy Beane and Paul DePodesta have to face. Do you try to out-smart the other teams? Do you buy a couple of really good players and hope for the best? Do you just give up? The answer to all these questions and more are in the pages of Moneyball. How do you make the impossible possible? Read Moneyball to find out! 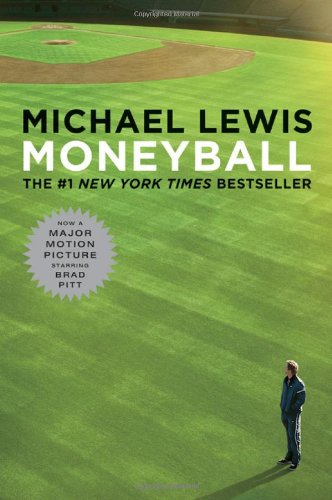