Where the Red Fern Grows

Where the Red Fern Grows, is a tragic tale about a farmer boy named Billy and his two coon-hound pups. My favorite character is Billy because he always thought of others other than himself and because he was caring enough to treat his dogs like family rather than an ordinary pet. One of the problems that Billy runs into is that his grandfather almost dies in a blizzard, he gets attacked by a vicious mountain lion, and his dog, Old Dan, gets badly wounded.
One of my favorite parts in the story is the ending, because even though Billy loses his best friends, he also learns a lesson that gives a new meaning to the memory of his hounds. The theme to this eventful story is learning how to make friends and keep them even though they're no longer with you. Like when Billy lost his two best friends, but he still held a memory of them in an object, the gold coon-hunting trophy that his hounds won.
I recommend this book to anyone who has lost a friend and didn't understand the comfort of their memory, but rather the very pain of it. 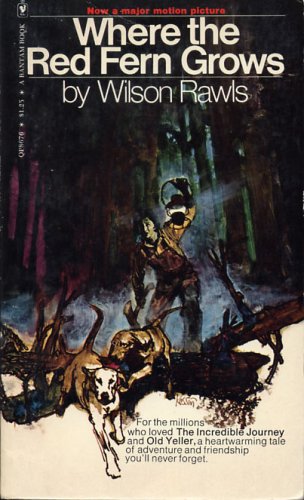