On November 3rd, 2020, Vogue, the fashion magazine well-known worldwide, published their new magazine with Harry Styles on the cover, a singer previously known as the lead singer in the band One Direction, wearing a lace dress. This cover caused a lot of controversial backlash towards the magazine and the singer himself by several people and celebrities, as well as sparked a conflict known as the ‘Gender identity vs. Gender expression’ conflict.

Gender identity and gender expression are definitions which have been thrown around and changed drastically over a long period of time. First off, what is gender? According to the website smartsex.com, “Gender includes the roles, attributes and activities that society uses to define people. Gender is based on many factors including biology, socialization, cultural expectations and roles.” This definition further drops the theory that there are “only two genders” and separates gender identity and gender expression; Gender identity is what an individual identifies themselves and gender expression is how a person expresses themselves through clothing and other general physical characteristics for their own reasons and purposes related to femininity, masculinity and androgyny.
Several negative comments directed at Harry Style called him “not a real man”, referring to old traditional gender roles, that being things like “men are strong and leaders of the house” or “women are gentle, should please their husband and take care of the children”. In our day and age, it was noticed in a study that gender stereotypes are assigned to children at birth by their parents, such as putting a baby boy in blue covers or a baby girl in pink covers. This is where gender expression comes in. According to traditional western gender roles, men are not allowed to wear feminine clothes such as dresses because it ‘emasculates’ them and makes them “girls” or “sissies”. Reinforcing gender stereotypes and taking the freedom of identity away from a person causes harm to individuals wanting to express themselves and feel comfortable with their appearance and identity. Harry Styles never said that he wasn’t a man, all he did was wear a dress and expressed his femininity, something which isn’t exclusive to women. Cis people (people who identify with their birth gender) can dress in clothes which wouldn’t typically “fit” the stereotypes assigned to them by societies' gender roles.
This conflict between definitions is harmful to communities like the trans community and people who want to express themselves differently, whether that is more masculine, feminine or androgynous. This harm might seem insignificant to people who don’t belong in these communities, but when a transgender person or a cis person is active in engaging in discussions with the trans community, the life-threatening danger is very apparent. Our society is built this way, to bring harm to people not fitting the heteronormative and privileged standards and lifestyle. Harry Styles, as a celebrity, has the privilege to not care and not be affected by the harmful gender stereotypes, but when a non-privileged person wanting to live out their lives in peace while not wanting to conform to traditional roles identify as something that doesn’t confine to stereotyped roles, this can cause them their lives and mental health stability.
This conflict also affects cis people in things like clothing, power and behavior. The life-threatening danger isn’t as prominent, but gender expression is toned down and restricted. As I mentioned in the previous paragraphs, gender roles are assigned as soon as birth and continue to affect the child all their lives. It affects material and social life; materials include toys (girls are assigned dolls and boys are told to play with cars and trucks or else they “turn gay” or in the case of emasculation, are called “sissies” and “weak”) and social life includes behavior around other people (men have to be in control or ‘the strong ones’ in difficult situations and women should be submissive and ‘follow the alpha’). Gender expression also includes going against these stereotypes, with or without association to sexuality, in clothing and behavior. Though this is not easy, because like in the case of our celebrity, someone can be called “gay”, “weak” or “too radical” for just simply not agreeing to live in a box.
More recently, the younger generations are raising awareness to the dangers of reinforcing gender stereotypes and educating each other on correct definitions in order to make the world we live in a safer and more comfortable place for people not wanting to conform to the gender binary or roles. Vogue stepping up and hiring overweight and transgender models as well as people like Harry Styles who promotes gender expression, very much shows the progression of our society towards a more accepting world. 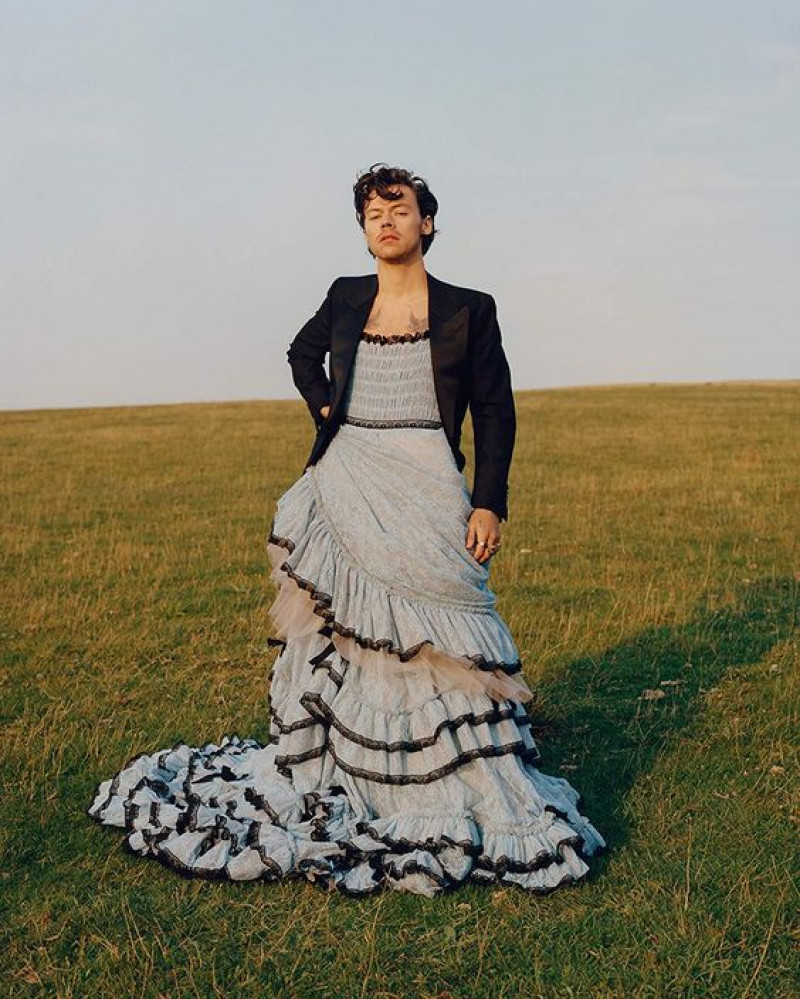 I feel like gender expression and gender identity aren't spoken about enough to young kids despite it being a very important topic to discuss. If parental figures and teacher's aren't going to do that, we will.