To My Middle School Colleagues,

The food and agricultural industry needs some serious help. I believe that with the effort of everyday people, we can change the industrial food and agricultural business and make it a more natural and healthier ordeal. I propose some changes should be made to help speed up the process of fixing this problem.

Have you ever stopped right before you dug into a delicious looking meal and just asked yourself, “where did all this food come from and how did it get to me?” Well I used to wonder that, until I found out what actually happens to my food (especially most meat and produce). When I was younger, I was always the gullible one. Especially when it came to the foods I ate. All those little stories written on the sides of the organic foods such as “this cow was raised on an open field and lived stress free in the comfort of our farm.” Most of the time, there’s two things in this story that aren’t true. Where the cow lived and what the cow ate. This cow was probably just one of the thousands of cows that was grain fed all his life while tethered to some post and given a number. This is what has happened to our food industry today. It’s become just that, an industry. We’re ruining Nature’s balance and our job now is to fix it.
First off, if you’ve ever taken the time to read the ingredients on whatever it was that you were about to eat, you probably would’ve noticed (if you knew the correct term) that your food item contained corn. Corn is destroying the earth. Crop rotation is vital for healthy land, but since corn is one of the top ingredients in most products, it has become more dominant that the others. Corn used to be one of many crops grown in places, but now it’s one of about two or three. Corn is slowly killing us. How sad it is to be killed by an unhealthy vegetable. Actually, the way most Americans eat in general is killing them. Our food has become so processed and synthesized with fat and sugar and salt and corn, that we as a country are all paying for it. For instance, did you know that four of the top 10 killers in America today are linked to diet? They are heart disease, stroke, type 2 diabetes, and cancer. All of that comes from eating too much fat, sugar, and processed foods. It’s so terrible but I’ve yet to see any changes that are even starting to be made.

Another thing we need to worry about is the sheer process that goes into making all of our already unhealthy foods. Mostly fossil fuels, pesticides, and fertilizers are the problem. Another little known fact is that for every one calorie that you eat, it takes 10 calories of fossil fuel to make it. And with all the calories that our food consists of, that is a lot of fossil fuel we’re burning! It’s completely unnecessary as well. We’re much better off growing our food naturally than having it go through this whole long and tedious process. We need a better and more natural process of growing and raising meat and produce. How come we rely so heavily on fossil fuels to make our foods when Mother Earth can do exactly the same thing, but with less of a drawback on our environment? We broke the perfect cycle that we already had. The plants lived off the sun, the animals lived off the plants, and the waste from the animals helped fertilize the land so new crops could grow again next year. But now we’ve altered the plants and animals so that they live off of pesticides, fertilizers, and hormones specifically designed to make them look delicious. Now, animals are fed off corn (more corn) and their waste has become an environmental problem, not a solution. Fossil fuels aren’t helping much, either. By using fossil fuels and pesticides to take the place of natural soil nutrients we contribute to global warming. And to make matters worse, the animal fertilizers that were helping the earth the natural way are now also a problem and are also contributing to global warming because of the nitrogen in it.

Do you want to be eating some sterilized, industrialized piece of who knows what? Something that is using cheap energy to make and is destroying more and more land each time the factory pumps out more of the same junk? That’s certainly not what I want to eat. Here are some policy changes that I propose we should think about to make our eating and consumption habits less terrible:
1.
We should petition to have the government define food as an actual term so that companies cannot get around new laws and dive through loopholes created by loose laws. This would help so that big corporate companies would have to start making things that are more natural and have more nutrition than the junk that they are churning out now.
2.
Local farmers should not have to make a big deal about selling their neighbor some food. If we could all get together and ask the government to make it so that the small farms don’t have to go through processing through some bigwig corporate company or federal regulations, we could save a ton of money on the cost of shipping (mostly the cost of gas).
3.
We should help local farmers get produce to inner city neighborhoods. This would help bring fresh, healthy food to people that don’t have easy access to it.
4.
We should also write a letter to the government asking them to build year round indoors farmers’ markets. Since it would be indoors, it could be climate controlled to allow any type of produce at any time of the year. This would also help bring a healthy selection of food to people year round.
Now that you know some of the ways to fix our habits, you need to figure out what you as an individual are going to do to help this noble cause. For starters, you should read up on exactly what it is that you’re eating. You need to find out its origin and how healthy it is. You could even start growing your own garden. That might give you a better sense of what you’re eating and maybe you’ll even care about what it is that you’re putting into your body. It’s your health, your life, and your choice, what are you going to do about it?
Signed,
Gabrielle G. 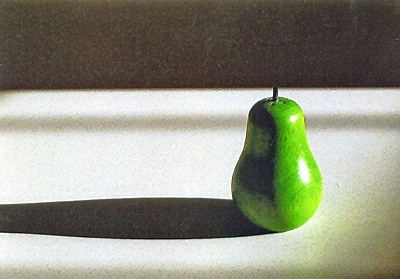