It was Halloween, the time of fright and bad luck. The night was clear and crisp, perfect for those who are trick-or-treating or just tricking. Though humans can’t see them, the spirits are out as well. Halloween was the one time where spirits were their strongest and when those who knew how to use them were walking on Halloween night not only were the humans around them in danger but every living organism. Though it may surprise some, most knew there were few. The women were called witches and killed off early but males inherited the trait and soon roamed the earth like their ancestors.

It came about that on Halloween in a small town a boy no older than seventeen wandered in. He seemed very tired and staggered around as though he were drunk. Leaning against a building he slid to the ground, darkness taking over his sight for only a minute. When he opened his eyes again there stood a man before him. He didn’t say a word, just stared at him. It came upon the boy that there was something wrong with this man. Something very wrong.

“What?” the boy croaked out, his head felt heavy and swung side to side.

“What are you?” the man asked. His voice was deep but not perfect. The boy heard the scraping noise that lay underneath it.

The man didn’t say his name in response, just continued to watch Jon. After a bit, Jon’s eyes closed involuntarily as his mind shut down, leaving him only to sleep. With something that sounded like a growl the man picked Jon up and carried him into the night.


Screaming, everywhere there was screaming. The scene was red and hazy but it was obvious that everyone was running away from something but what. As he watched people fell and seemed to vanish before him but no matter how scary, he couldn’t run. His legs were frozen where he stood, fear taking its grip.

At last, the source of all chaos came into view. His eyes were blue, and narrowed like a cats but with a deadlier look. He had simple brown hair but even it stood on end, spiky and sharp. The most terrifying feature wasn’t anything that was easily visible. It was, in fact, his teeth. They were pointed so fine and looked so delicate but even something so small can harm.

He advanced, never stopping, just destroying any obstacle. As the being came upon him there was something oddly familiar about him. He couldn’t place his finger on it but the being was more than just a monster, it was something more. If only he could recognize it…

“No!” Jon screamed, jolting upright in the bed. Sweat streamed down his back and drenched his hair but it was hardly noticeable. His dream, the dream he’d had for months, was always the same and always just as scary. It was the reason he’d gotten no sleep for the past week.

“Boy, what are you screaming about?” a deep, scratchy voice asked, cutting through the darkness.

“Huh…wha…who’s there?” Jon called after the voice. Where had he heard this voice?

The man from before turned on a light. He’d changed. His voice was the same, that was for sure, but something about him glowed. He radiated power and darkness but wasn’t doing anything about it.

“Can’t you tell me your name?!” Jon exclaimed, falling back on the bed.

The man didn’t say a word. After a while Jon leaned on his elbows to look at him. When the man looked at him, he seemed ready to talk. “Call me Chista.”

“Chista? What kind of name is that?” Jon asked. It was so foreign but nothing he’d ever heard of.

“The only name you’ll know. Now tell me. What are you doing here?” Chista’s gaze penetrated Jon, boring into his very soul to look for the answer.

Unnerved, Jon swallowed and looked away. “I don’t know. I just…just had to leave. I left my parents and friends but I don’t know why.”

“Why were you screaming?”

Jon looked at him again. His gaze was less harsh but he seemed to know something. Was it him? He thought. Was he the man in my dream? “A dream where a demon of sorts is attacking people for no reason. Disintegrating them.”

Chista stared at him again. It was full of suspicion and knowing. Jon wondered what Chista knew that he didn’t but was too scared to ask him. Something about Chista just shut Jon down.

“What day is it?” Jon asked instead.

There was a strange ting inside of Jon, like something ready after cooking. It startled him but Chista didn’t seem to notice. It was strange, this day. He felt like going mad but it was only an urge. For now.

“Let’s go,” Chista said, standing up. He lead the way to a door that Jon was sure wasn’t there before.

Outside was sheer bliss. The night air was so cool that it took his breath away. Never had the world seemed as calm and beautiful as now. People were beginning to surround them, though, and he didn’t know why. It scared him. Humans were here, humans who’ll get hurt by this man, Chista. That can’t happen!

Without thinking, Jon punched Chista. It was a surprise to everyone, even himself, but as Chista fell to the ground that ting he’d heard earlier became a bang. His whole being shook and shuttered, changing in its attempt to survive. Screaming, Jon fell to the ground as Chista rose. His stare was the same but less threatening, like he was sorry this was happening.

“I’m sorry,” Chista said in his scratchy voice, “but you’re that demon from your dream. I saw your mind as you slept and you could no longer hold that being in you. The only thing I could do was let you live.”

Jon screamed in pain and fear. His family, his friends, he hadn’t left them, he’d killed them. He’d been possessed and now was being consumed by a being too strong for humans. It was scary, knowing how someone would die but being unable to stop.

Finally the change was complete and before Chista stood the being that Jon had feared in his dreams. The demon of demons, the killer on Halloween. As the humans around him ran, being disintegrated along the way, Chista knelt on the ground, bowing his head in respect.

“Master, I have awaited your return. Let us go and remind these humans what fear really is.” 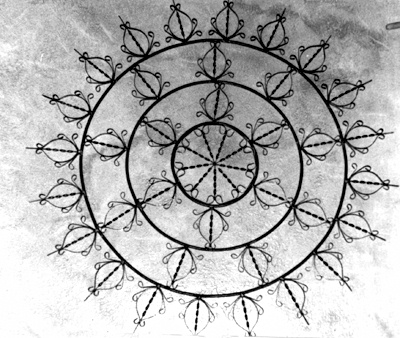 The author's comments:
i had to write this for a project for school. it was an inspiration from a wierd picture that i found randomly online and thinking it was due the next day the ending might be bad. let me know!
Post a comment
Submit your own

Annika GOLD said...
on Dec. 10 2009 at 2:52 pm
Annika GOLD, SIOUX FALLS, South Dakota
16 articles 0 photos 24 comments
View profile
thanks for the comments! :) I just read a book called It Takes A Wizard(its a manga/comic) and reading this again right after it seems they connect in some strange way with the story. I recommend the book if only to help with not having a clue what im talking about.
Brilliantbecca SILVER said...
on Dec. 4 2009 at 3:21 pm
Brilliantbecca SILVER, Clayton, Ohio
7 articles 0 photos 11 comments

View profile
AMAZING!!! I loved it! i was drawn in from the first sentece! WOW WOW WOW! I really liked it! Keep writeng! Maybe even more to this one! Very spooky!