Tired of overused plotlines, stereotypical characters, and annoying laugh tracks? Looking for a witty show full of tongue-in-cheek humor and subtle political commentary? Check out “Arrested Development,” a wacky, meta, and completely unique sitcom about the trials and tribulations of dysfunctional family that goes from riches to rags after the patriarch George is arrested for immoral business practices.


Each episode of “Arrested Development” is packed full of pop culture references, sly social commentary, and one-liners delivered so stoically that you don’t even catch them until you watch it the second time. This is not the typical family sitcom, as infidelity, manipulation, and even incest are commonplace occurrences in the Bluth family. The only characters with any regard for the welfare of the rest of their family are the fiscally-responsible Michael (Jason Bateman), who agrees to take over his father’s company, and his repressed son George Michael (Michael Cera), who works at the family’s frozen banana stand and is in secretly love with his cousin Maeby (Alia Shawkat).


Michael’s sister Lindsay Funke (Portia de Rossi) is the ultimate rebellious teenager: promiscuous, irresponsible, and narcissistic, who doesn’t seem to realize that she is almost 40 years old. She is in an open marriage with Tobias Funke (David Cross), an analyst/therapist who quits his job to unsuccessfully pursue an acting career and attempt to join the Blue Man Group. Tobias is one of the show’s most consistently hilarious characters. He is a “never-nude,” which means that he is always wearing a pair of cut-off jean shorts under his clothing, and he moves out of the home that the entire family lives in only to return disguised as “Mrs. Featherbottom,” a Mary Poppins-esque alter ego that struggles with basic tasks around the house.


Lindsay and Tobias’ daughter Maeby inherited her mother’s apathetic yet snarky attitude and her grandfather’s business smarts and deceptive nature. She will do almost anything to get attention, including kiss George Michael at a family party, but is often neglected by her parents. In the first season, she creates a fake identity as a girl named Surely, who is confined to a wheelchair due to a fabricated disease called “B.S.”, in order to con money from her sympathetic and oblivious classmates.


Other characters include Michael’s magician brother G.O.B. (pronounced like the biblical Job), played by Will Arnett, Michael’s mother Lucille (Jessica Walter), who is the opposite of a stereotypical grandmother, and Annyong (Justin Lee), a Korean orphan that Lucille accidently adopts and attempts to return to Social Services.


I’d recommend “Arrested Development” to anyone looking for a smart, fast-paced show that resembles a more convoluted version of “Modern Family” combined with the dark humor of “Community” season three. While it may seem like I've given away a lot of what happens in the show, I haven't even really started. Because the storyline is so complex and the smallest details end up being vital to major events that take place later in the series, it’s best to just sit down and watch a whole season at a time. Although the show was cancelled in 2006 after a brief three season run, Netflix recently announced that it will be releasing ten new episodes in early 2013, and there is also speculation that a movie will follow soon after. 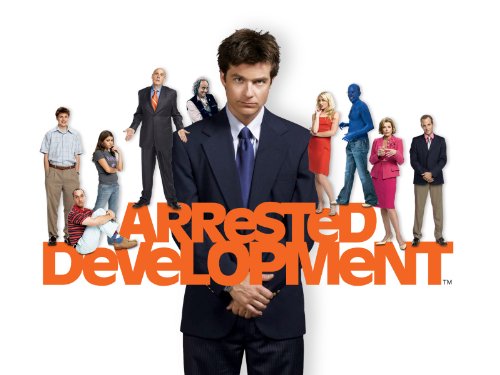 SHER_locked PLATINUM said...
on Jun. 26 2013 at 2:41 am
SHER_locked PLATINUM, Alta Loma, California
32 articles 2 photos 51 comments
View profile
Great review. Just wondering, have you watched the new season 4 on Netflix? And if so, what did you think?
Cooper_W SILVER said...
on Jul. 11 2012 at 9:43 pm
Cooper_W SILVER, Atlanta, Georgia
8 articles 0 photos 12 comments
View profile
Fantastic review for a fantastic show. It's nice to see something being reviewed other than "Glee".
streetsmart21 BRONZE said...
on Jun. 30 2012 at 8:06 am
streetsmart21 BRONZE, Reading, Massachusetts
1 article 5 photos 4 comments
View profile
This show is very underrated. In my mind, this show upstages Modern Family. I liked this article because it gave a very vivid description of one of my favorite TV shows.