Listening to Hasley’s debut album “Badlands is like listening to young adult angst in a pastel colored package. Hasley, anagrammed from the first name of New York Native Ashley Frangipane, has the haunting dark pop, hip-hop sounds that accurately describes the searching and pain of finding your place in the world.

In the song “New Americana” she satirically makes fun of the view that the older generations view the younger generation. From the lyrics “high on legal marijuana,” she sings of the anthem of what the others thinks of the her, with her I don’t care attitude. Asking” what kind of dope had they been smoking lately,” while the vocals show the haunting side of not knowing who she is.

Perhaps the most intriguing song in the album is“Control.” Halsey who has battled with bipolar disorder, tells her listeners what it is like do not know herself as she battles her mental side. And that sometimes she doesn't know who is in control. The last song on the record, “Ghost”  already released as a single, perfectly captures the entire album in a single line, “I am searching for something, that I can’t reach.”  Every song is punctuated with this bitter sadness of searching for something, but not knowing what it is.  A perfect soundtrack that accurately describes the millennial generation. Maybe Hasley will have found what she is looking for in her next album. 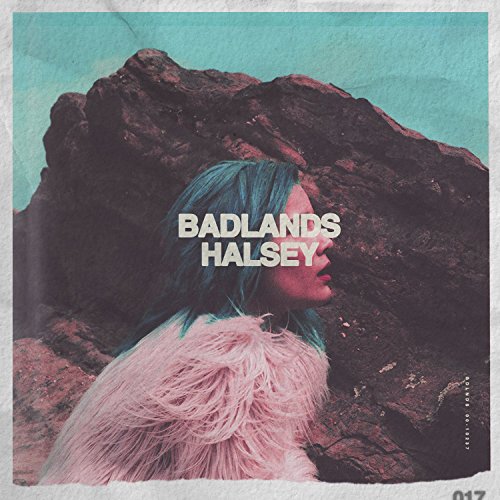 View profile
I don't think there's anything particular I could point out, you've fulfilled most of the criteria.
L.J.Barnes. GOLD said...
on Oct. 27 2015 at 10:38 am
L.J.Barnes. GOLD, Powhatan, Virginia
15 articles 0 photos 53 comments

View profile
Right now I'm a bit obsessed with "Who Is in Control." Thanks for reading the review, what improvements could I make?
ellwist SILVER said...
on Oct. 23 2015 at 12:11 pm
ellwist SILVER, Surabaya, Other
6 articles 2 photos 85 comments

View profile
Congrats on getting into the magazine. I've listened to some of her songs from her, my favorite being Hold Me Down. My friend seems to think it's about the coming of Christ taking away all the good people and leaving the evil Badlands, though I've always looked at it as more of a satire mostly because of New Americana. Halsey, Lana Del Rey and Lorde are the only female musicians (or musicians in general, arguably, I'm still pondering Macklemore and the Weeknd) that have genuine, inelastic, towering personalities that don't limit the music they make, but somehow enhances it. It's like reading something out of a book. Great review. What's your favorite song from her?