You turned up the volume when you heard they're first single “Misery Business” on the radio then hurried home to add it to your over crowded iTunes. You played it so much, you sang it in your sleep. Unsatisfied with only one song. You decided to download the whole album and loved it too. Well, maybe you didn't do exactly that, but, I know I did.

A tale of heartbreak told by singer song writer Hayley Williams and lead guitarist Josh Farro reaches the tops of the charts, and its no wonder why. The American Pop Rock band Paramore released they're second album RIOT! June 12, 2007. They're success as a new band has surely shown.

But seriously, what enticed you to search then on YouTube? What about them made them voted Artist of the year by Rolling Stone magizine. As a teen herself, Hayley wrote songs that we can all relate to. Struggles with parents, friends, and relationships thrown together with catchy tunes that you just cant stop singing.

Let's have a look at their first single Misery Business. We've all delt with her. The mean girl; Barbie doll. One minunite shes your friend, the next, shes your worst nightmare. Hayley got tired of the same old sob stories about the boyfriend that was stolen, so her and Josh decided, why not write a song about the one who stole it.

What really drew me to the Paramore fan club was they're rebelling to the media. They're merchandise is hanging on the walls of Hottopic, but would fit perfectly on the walls or Amerbrombie & Fitch. Paramore is different, Paramore is loud, and get ready cause Paramore is the next big thing. 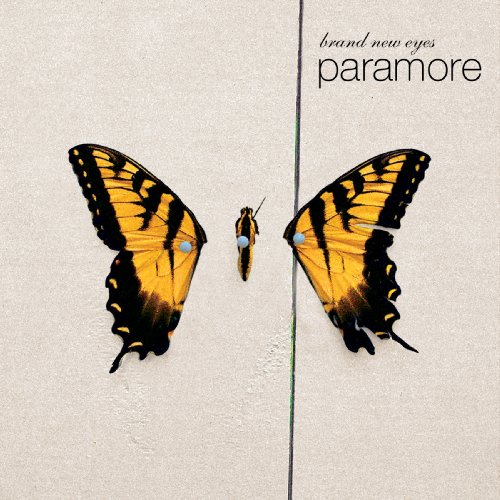 Eyebrow said...
on Oct. 10 2011 at 10:51 am
Paramore is my favorite band! There songs actually have meaning and can relate to our lives. A lot of other artist don't do that. Every one of their songs that I've heard, I couldn't stop listening to!
Internal-Love PLATINUM said...
on Oct. 9 2011 at 9:44 am
Internal-Love PLATINUM, Queens, New York
33 articles 3 photos 310 comments

I love paramore. They are the best band out there if you ask me.

They also have their song "thats what you get"

Favorite Quote:
"we are here only for eachother,therefore,only for ourselves,selflessly selfish we lie."