First One Direction broke into America. Then Cher Lloyd came. Then I heard a Rebecca Ferguson song on the radio. And now Mr. Olly Murs. They must feed all of the contestants Wheaties throughout taping “The X Factor” (UK). That's the only explanation I can think of.

Murs has recently swept the nation with the hit single “Troublemaker” off of his new album, “Right Place, Right Time.” And while I'll admit I thought it was Big Time Rush when I first heard it, it's a great song. “Troublemaker” is the kind of song you dance to in your room, singing into your hairbrush like no one can hear you. It has a great beat and super-catchy lyrics. Definitely one of the best songs on the album.

My favorite is “Dear Darlin'.” It isn't a song that immediately has you nodding to the beat, but after playing it a couple times it's nearly impossible to get out of your head – and why would you want to? Murs is telling the story of a short relationship with a major impact. The music is a little forgettable, but what it lacks in melody is made up for with strong lyrics like “And nothing hurts like you, and no one understands what we went through. It was short, it was sweet, we tried.”

On the fun side of the album is “What a Buzz.” It's a cute, upbeat tune about a first date that will have you dancing. It's catchy, and Murs talks in his adorable accent.

Murs' album has that great pop sound that we love from acts like One Direction. Yet songs like “Oh My Goodness,” “Hand on my Heart,” and “Dance With Me Tonight” remind me of old-school artists like Andy Grammar. Murs has found a nice balance, and I definitely think that he is one of the most talented Brits on the radio.

While it does bother me that the America version is so different from the UK album (fewer songs, and three songs from his last album found their way onto this one), you should check it out if you haven't yet. 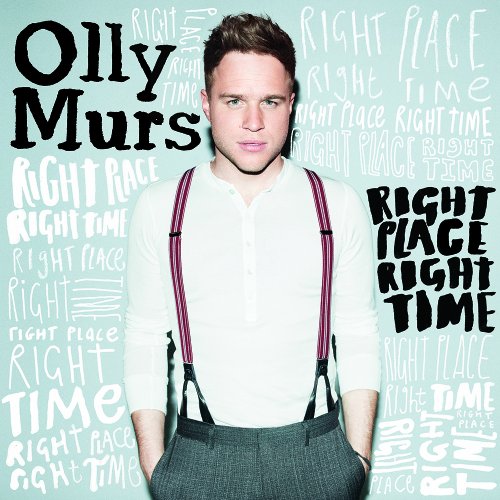