Atreyu's The Curse is a 43 minute breath taker. The entire record is nothing short of amazing. This hardcore/rock band took leaps on this album from their previous release, Suicide Notes and Butterfly Kisses. The intro to the CD, Blood Children, is a minute and a half of incomprehensible mumbling, whispering, and faint singing. It eventually seems that it will come to a climax, but it's really just ripping into the next track; Bleeding Mascara. An angry sort of serenade. The lead singer's, Alex Varkatzas, growls are nearly to the point of frightening. The verses can be hard to understand, but you can feel the emotions. It's not always anger, as people often take screaming for, but it's also passion, and sometimes sadness.

After a short pause, a 2 second breather, if you will, Right Side of the Bed kicks in, and Alex begins beckoning for everyone to join him in singing about trying to forget a girl that is too beautiful for her own good. And then the love song starts. This Flesh a Tomb is by all means a hardcore love song. This song deserves much respect from anyone who listens to them, for the content isn't something you would normally ever hear from anyone in this same genre. Track five, You Eclipsed by Me. A defiant call out against some that has hurt you. Then, track six rolls along. The Crimson is purely a fantasy story of the life and battles in the life of a vampire. Though it does not say straight out, “Hey, I'm a vampire,” it is easy to tell by the lyrical content. Through this song, and the last five, the drummer and background singer, Brandon Saller, has been putting melody into the poetic chorus's; his voice perfect for the part. The Remembrance Ballad is exactly what the title says. It's honest, being afraid of how people will remember you when you are finally gone. After a two minute interlude of melodic guitar, the silence is broken with what is perhaps the heaviest song on the album. Corseting is heavy enough to break hearts and open a whole new window of understand about a lot of things. A short, heavy song with no positive singing that involves a lot of thought and open understanding.

Demonology and Heartache brings out the reality of the past, and past loves. Realization continues through the last three songs. In My Sanity on the Funeral Pyre, it speaks of Alex's paranoia and past drinking problem. Nevada's Grace is the spoken confusion of someone that isn't really sure whether or not they're in love. And how a love is lost unexpectedly. About how you would do anything for someone, just to see them. The final grand song, Five Vicodin Chased with a Shot of Clarity, has the chorus often spoken by pessimists; “The glass isn't half empty this time (I smashed it on the ground a long, long time ago.)” Not saying that these songs have no hope. Nevada's Grace almost seems like a Christian song as it gets closer to the end. This song is the perfect closer for the album, telling everyone that they won't be giving up or taking the easy way out.

If I had to rate this CD 1 being worst, 5 being best, I would have to give it a four. The album was amazing, but not QUITE as good as it could have been. The emotionally charged lyrics and singing bring a fighting mood to the room. Belting out the incoherent screaming or melodic chorus can calm my nerves, no problem. This album, and band, found its way into my collection by simple curiosity, and I don't regret a single penny spent on this CD. 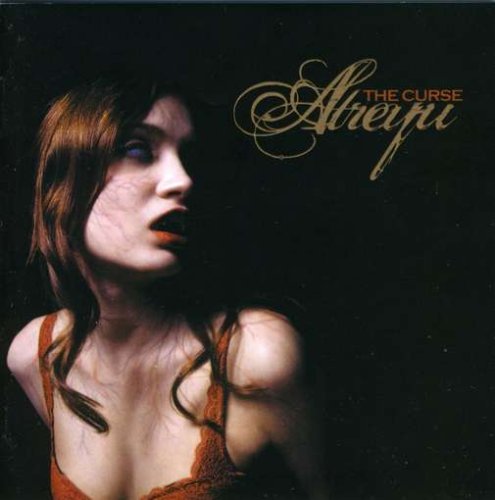