Wavves: King of the Beach MAG

The instantaneous, blogged-out superhighway that is the modern music machine can be the boon and bane of many a band. Nobody knows that more than Wavves. Wavves, or more accurately, 23-year-old guitarist/singer Nathan Williams, has seen its own meteoric rise and fall in the indie music community in the span of two years.
It all began in his house on the San Diego shore. Williams, along with then-drummer Ryan Ulsh, recorded their debut album, “Wavves,” in Williams' bedroom using Garageband on his Mac. Yes, Garageband.
Combining catchy punk riffs, frenetic drumming, and layer upon layer of distortion, Wavves created a joyous, dystopian wonderland filtered through the hazy eyes of a jaded twentysomething misanthrope who had already lived too much too young. Wavves soon caught the attention of hipster tastemaker Pitch­fork.com, which generated buzz for the band's first live show in San Francisco.
Between the releases of his first and second albums (the second is “Wavvves” with three V's instead of two), Wavves had become a critical darling all over the Internet. The live shows were filling up. Then Williams' train derailed.
Last year at Primavera Sound, the annual music festival in Barcelona, Wavves was set to play in front of thousands. But Williams was ­overwhelmed. To escape the pressure, he ingested a cocktail of prescription drugs and subsequently didn't show. Nervous breakdowns were had, the band split, and people hated Wavves.
After he become the butt of every blogger's joke, Williams recruited a new and improved drummer, Zach Hill from the prolific math-rock band Hella, and tried to stay out of the ­spotlight. Then, opportunity bloomed from tragedy.
Fellow abrasive punk rocker Jay Reatard had a similar falling out with his band, drummer Billy Hayes and bassist Stephen Pope. Tragically, last January, Reatard died in his sleep after mixing cocaine and alcohol. Hayes and Pope were available. It made sense, then, that they join Williams. Hence, the new Wavves. After plenty of backlash and bad blood between Williams and the world, the band was ready for a comeback.
They recorded their third album, “King of the Beach,” in the backwoods of Mississippi. Wavves ditched the distortion for something more accessible. Williams kept the forceful, vital energy of his old work but infused the music with a new life, a new anger. He's been to hell and back and now he's ready to tell his story.
“King,” however, is not much different from the other two albums ideologically; it's just more self-aware. In “Take on the World,” Williams sings, “Well I hate my Ryan/It's all the same/Well I hate my music/It's all the same.” He's definitely matured, but the more deeply ingrained loner side remains. Take 2008's “Wavves”: “I wanna be alone, I wanna be victorio/I wanna be victorio.” Now compare it to “Mickey Mouse,” from the latest album: “I never wanna leave home/Everything in the back of my brain/Told me that I would be sick/When I'm out there.”
Williams has redeemed himself and is back on top of the world. 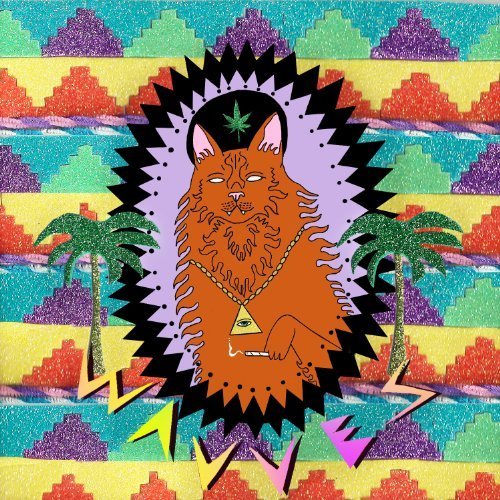 
Buy from Amazon
The author's comments:
Wavves' new record, King of the Beach, is a blistering and incredibly accessible pop punk/indie record for any teenager who at one point has felt down and out.
Post a comment
Submit your own

wizardhat said...
on Sep. 5 2010 at 6:52 pm
Amazing review! I was looking for reviews of indie bands on this site, and was pleased to see this one of Wavves. It's amazing! The description is mindblowing and you manage to convey a great idea of the artist.