Upon the birth of Avenged Sevenfold, there wasn't too much argument about what genre they were. There was heavy guitar and drums, angry screaming and lyrics that seemed either too poignant to be written by fresh-out-of-high school boys or just perfect to capture that true feeling of teen angst. Either way, times have changed, and so has the sound of this band. Along with this change came new, heavier dispute over what genre they really were. I must ask each and every single person who floods the YouTube comments with their petty arguments over whether they are true metal or screamo - why does it matter so much? Shouldn't what matters be whether you like the band or not, whether something they have done or said has made a difference in your life? I think so.

A7X have come a long way since the “Sounding The Seventh Trumpet” days, but their latest self-titled album has a lot more to offer than what everyone expected. The boys in the band, needless to say, have guts. The song subjects bounce around to different topics - some more “offensive” to certain people than others - but I truly think that there's something in the lyrics that everyone can relate to. The band went from saying two years ago that they weren't political, to taking a stand and shouting out their true feelings for our country and its leaders in “Critical Acclaim”. And, here's where the band's guts really show...on a track entitled “Dear God”, it's safe to say that you might feel a little as though someone changed to the local country music station. I've been a huge fan of this band since their first release, and even this shocked me.

Avenged Sevenfold have made some changes, and some of the songs will have you holding a lighter (or in this era, a cell phone) and some will have you pumping your fist and shouting the words back at your speakers. So, despite what you think of the band, what you think their genre is, and how much you either did or didn't like their previous music, I would go ahead and pick this one up. Any song clips you've heard don't do the record justice at all. Let's stop fighting and being complete music snobs and just agree on one thing...this is seriously some good stuff! 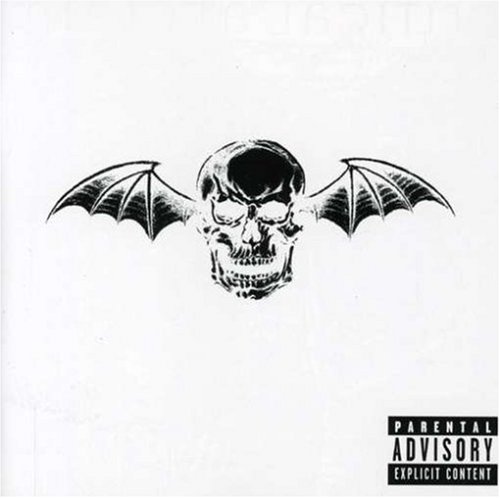 Favorite Quote:
"You are about to die. Scream if you Must." -Fire Emblem character

have you ever listened to their lyrics? A7X has nothing to do with teen angst.

You should be ashamed of yourself to accuse the greatest band of all times of such a crime.

What are their lyrics about? Usually Death! That's not teen angst!

"Warmness of the soul" is too powerful to be teen angst. "The Art of Subconcious Illusion" is about a rape-murder fantasy. The only song I can think of that comes CLOSE to being "teen angst" is "We Come out at night" but I'm pretty sure that has something to do with Vampires?