A typical modern day movie has all the cards on the table.  All the action is shown in the screen, very little is implied and very little is left to the imagination. However “10 Cloverfield Lane” produced by JJ Abrams is not a typical movie. “Cloverfield” leaves almost everything up to the viewer's imagination, and nothing is obviously stated, only implied. The result is an intense sci-fi thriller that will continually leave you at the edge of your seat.

Mitchell (Mary Elizabeth Winstead) has always run from whatever scares her. But after waking up from a accident in an underground bunker with a man who claimed to have  saved  her from a chemical attack, Mitchell (Mary Elizabeth Winstead) begins to grow suspicious of her so called savior trying to figure out what really happened after her car accident.

Winstead beautifully captures the essence of a strong yet fragile heroine, as she struggles to find out the truth the strange and surreal world she has woken up into. While Goodman masterfully a maybe crazy maybe completely sane old man.  10 Cloverfield Lane strongly relies on your imagination, often leaving things unsaid thanks to the superb cinematography, to create a tense and fervent atmosphere. While the ending isn’t exactly the typical climatic ending commonly seen in movies today, the ending is a satisfying character development for Mitchelle.

This movie isn’t Avengers or typical teenage movie fare, there is no romance or heavy action. But with a willing attitude to get lost in a world that is eerily similar to our worst nightmares for a few hours, 10 Cloverfield Lane will not leave you disappointed. 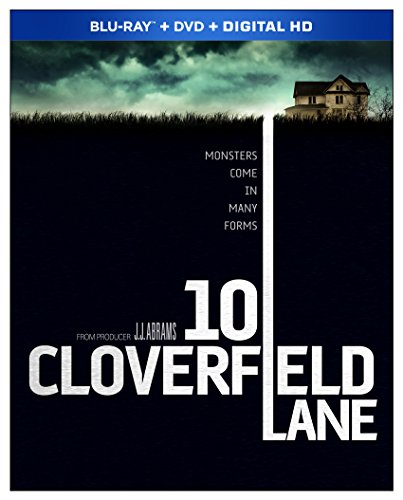