The Fog (1980 vs. 2005)
I believe there are two elements that make a film worth watching: Style and Substance. There are few movies that possess both of these things, and that's ok. Many movies find good footing with one of these elements, and they can be just as successful. “The Fog” possesses neither. While watching John Carpenter's version, I could only wait, and hope the new version would be better. It wasn't. It was worse, much worse. Carpenter's film told a good story that should not have been made into a movie. Now on to Wainwright. All I can say is “Welcome to the worst movie of 2005”. Yes worse than "Deuce Bigalow", worse than "The Pacifier", and worse than "The Dukes of Hazard". I firmly believe that there are absolutely no redeeming qualities to this movie. None. It is a remake of an already disappointing film, and to be honest, I don't even know why it exists.

The biggest problem for both of these movies was the script. It feels lazy, forced, and all-too convenient. John Carpenter's story would work well told around a campfire, but has problems as an 89 minute film. The writing of the remake was abysmal, with the only noticeable update being the music, which was worse than Carpenter's original electric keyboard soundtrack. The plot (as it was) follows a small town being terrorized by immeasurably predictable… things. I'll describe the “things” for a moment. They are a mix of zombie, pirate, ghost, poltergeist and leper. Yes, I said leper. No, I'm not kidding. Also for the life of me, I could not figure out whether they were in the fog, or they were the fog. The movies, especially the 2005 version, were not helped by the sub-par and contrived acting. I swear to god, my neighbor's hamster could act superiorly to Tom Welling.

Films like these should be locked away. To be perfectly honest, Wainwright's film is a bastardization of an already lazy and meandering movie. He succeeded in taking away my faith in mankind. Quoting John Waters, king of bad movies, "with so many bad movies around these days, couldn't the promotional campaign at least be fun?". I completely agree with him. It's as if these movies are posing as something they can never be. That's what pisses me off the most about them. I didn't go into this with high hopes, but I did go in with an open mind. These are serious crimes against human intelligence, and I could only hope this would have been reflected in the box office. NO, Carpenter grossed at 21 million while Wainwright grossed almost 30 MILLION. These films represent a major decline in western culture, where we seem to like anything with flashing lights and pretty colors. 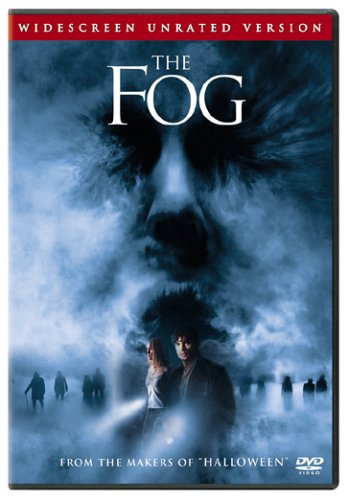