“INLAND EMPIRE”, the latest project by David Lynch (Eraserhead, Blue Velvet), is a film set free from all conventional bounds. I can assure you that it will never be accurately described, as the meaning given will never apply to more than one person. This film is not meant to be easily understood, nor is it an exercise in style over substance. The meaning is there, we simply must ignore it in order to make any sense of it.

Shot entirely on the relatively small Sony PD-150 digicam, the film feels very real, playing off of our misconceptions as movie-goers. The textured, slightly askew shots bring us into the altered reality of Nikki (sometimes known as Sue), played by the magnificent Laura Dern. Dern has appeared in almost every Lynch film, referring to herself as “his protégée.” This is, without question, her best performance.

Lynch, too, is at the top of his game. If there was ever any question of his ability, this film stifles it. “INLAND EMPIRE” truly is a dazzling film, a testament to the virtuosity it's creator.

It is clear that the film industry is being overrun by “indie” movies, many of which thrive solely on quirkiness (and Philip Seymour Hoffman). These filmmakers confuse quirk with creativity, sadness with artsiness, good film with bad film. It is, therefore, immensely pleasurable to discover an odyssey like “INLAND EMPIRE” (which runs for an astounding 3 hours and 21 minutes), a glimpse into the world of real filmmaking. 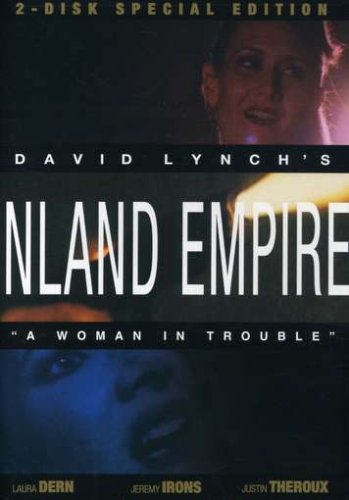