My Last Kiss by Bethany Neal

Favorite Quote:
"Reality is for people with no imagination." -Jan Tincher.

My Last Kiss
By: Bethany Neal

Cassidy can’t remember how she died. All she knows is that she can see everyone around her, but they can’t see her. She knows that she lied about some things, maybe had been a little unfaithful, but she still can’t piece together what happened in her final moments. Was her death an accident? Or is there more to the story she can’t recall?

My Last Kiss tells a compelling story that fills the reader with questions that are just as important to Cassidy in order to find out about her passing. There are many great qualities in this book that I rather enjoyed. Cassidy has the ability to “melt” into her memories. As events turn up and as she finds out there is someone who can actually see her (her boyfriend) she discovers that there are triggers that promote the return of her memories before her death. Another aspect to Cassidy’s character is that if she thinks about a person enough, she is able to materialize to them.

One of the things this story was lacking was some character development. I would have liked more interaction between the characters and Cassidy’s memories in order to get more out of them than just jealousy. A majority of the time this story harnessed a lot of teenage drama that had a lot of realism, but also pushed too far. There was a lot of unsettling circumstances that were making me turn the pages, but I didn’t feel like the characters had enough aggression. If they did, it wasn’t highlighted or pushed enough.

Although it has wild scenarios, the pacing was excellent with all of the pieces of the puzzle fitting together. The memories didn’t flood back too quickly and Cassidy was able to keep a level head—even in her ghostly state.

I couldn’t stop reading this book until the end because the story develops well. I recommend this for people who particularly like mysteries and paranormal ghostly beings. 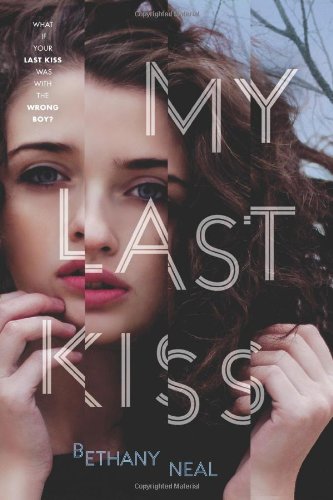