If You Find Me by Emily Murdoch | Teen Ink

If You Find Me by Emily Murdoch

The first thing I have to say: this book is amazing. It sucked me in from the first page and I read it all in around two days. Casey is a 15 year old girl who has taken care of her younger sister Jenessa for her whole life. They live in a camper in the woods with their mother, whenever she actually is around. Their world is changed when a social worker and their father show up at the door, forcing them to leave the only world they ever knew.
Casey is the heroine of the story. She’s very innocent when it comes to the ways of the modern world, such as what a milkshake is, but she isn’t innocent because she’s seen too much. She knows why Jenessa stopped talking, and throughout the whole book we get memories of her past life and things her mother did. Many books attempt to have a character with a secret and then it turns out very anticlimactic, but Casey’s secret is one that is slowly revealed throughout the book until the very end.
There really isn’t much I can say about the book without revealing too many important details about the story, but I would definitely recommend it! A slight precaution: it does have some mature content that shouldn’t be read by younger readers. All in all, it’s a great book that keeps you hooked until the very end. 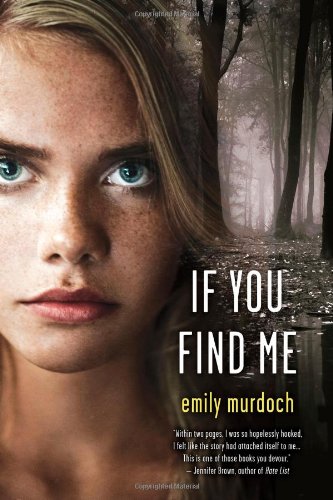