As Bella and Edward danced across the table at their junior prom, Bella knew this is exactly where she wants to be, forever and always: in the arms of Edward Cullen. Which is why she desperately wanted plan A to happen, where having a plan B did not hurt. Plan A: Have Edward turns her into a vampire so that she can live with him and his family for all eternity. Yes, giving up her mom, dad, the sun, and the future would be hard, but she wanted to spend eternity with Edward no matter what. Plan B: collage. One that is expected of her, and she will do; only if plan A is burned to a crisp, or she is still waiting for it to happen. With senior year ahead of her, Bella is ready to spend every day with Edward, from their multiple shared classes, drives (because everyone hates her truck), and all their weekend adventure.

Bella hates her birthday. Hate, hate, and did I mention hate? The reason for this pain did not come before this spring. Bella who is now eighteen, is now one year older than Edward. When will this stop? What happens when she turns nineteen, twenty, or even thirty? When people will start seeing Bella as Edward mother than her lover. Still Plan A has got to happen fast, as Bella, with Edward disapproving glance, promised herself she will never turn nineteen. During her celebration party at the Cullen’s, Bella, being herself, managed a paper cut, that led to a full blown attack that cause Carlisle to pick glass out of Bella’s arm for the rest of the night. Maybe that led to Edward’s rash decision, or maybe coming for a while. “You can’t, Bella. Where we’re going… It’s not the right place for you.” Bella was heartbroken, unable to find a way out of the woods that Edward left her in, wondering, looking for the person who stole her heart, hoping he comes back.

October… November… December… January… the months flew by as Bella sat waiting for her love to return. Nothing, not a word from Edward or any of the Cullen’s. Charlie was worried sick as his daughter, his only daughter was dead, at least on the inside. Even her friends, who used to abandon her because of Edward, now abandon her for herself. No longer does Mike walk her to classes, or Jessica say hi in the halls. She still sits at their table, but never speaks. The only time Bella uses her voice was to answer direct questions from Charlie, or screaming at night from her nightmares. Nothing could make Bella’s hell lighter, nothing except her personal sun known as Jacob Black. Needing a friend Bella finds herself on the reserve in Jacob’s garage and talk about everything and anything under the sun. Just by spending these moments with him started to fill the holes Edward left in her heart.

I cannot discuss enough how much I love Jake and Bella’s relationship. As the triangle relationship between Edward, Bella and Jacob, but honestly, it was not meant to be. See in Jacob’s eyes Bella is cute, different, older, and extremely female. Also known as: datable material. But Bella never saw Jacob as that, more as a friend, a brother, someone young enough to flirt with, without anything being taken the wrong way. “How was I ever going to fight the blurring lines in our relationship when I enjoyed being with him so much?” Jacob for being sixteen, is much older than he expected, especially with looks as he is over six foot, two hundred pounds, and chiseled features. Like most of Bella’s life things get weird as Jacob turns out to be not what she expected. “There was darkness in Jacob now. Like my sun had imploded.” But with love you cannot turn your back on someone, all the rational decisions become irrational as you fight for your love one, even if they do not love you back.

Stephenie Meyer took more careful with this book than the first. The second in the series, Meyer’s spend more time seeing the weakness in Bella, showing us that the bravery she showed last spring was a fluke. The writing was the same, but it kept the book flowing from her time with Edward, the months without him, the discovery and love of Jacob, to the bitter end of all. Turned into a movie in 2009 we have Taylor Lautner playing Jacob, Kristen Stewart still plays Bella, and Robert Pattinson playing Edward. They story finally reveals the bigger story plot, and brings in a new villain, and an old one. Here Bella does not have to make a choice, one she is dreading now, but even though things have changed, Bella is still in vote for plan A. 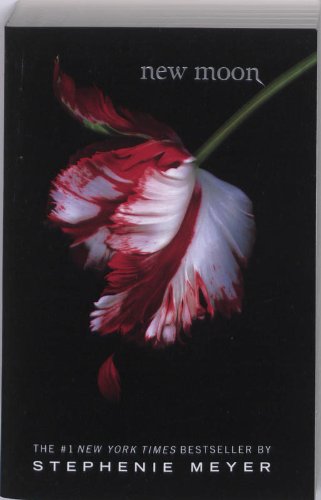