Prep by Curtis Sittenfeld
Prep, by Curtis Sitteneld, is a novel that follows the life of Lee Fiora, a teenage girl who spends a great deal of effort convincing her parents to allow her to attend a Massachusetts' boarding school (Ault), all to find out that it truly isn't the place for her. With overly wealthy peers, most of whose parents have graduated from ivy leagues schools and hold idealist jobs, Lee finds herself sheltered and out of place. She is a scholarship student from the Midwest, not at all like the rest of Ault's students.
Due to her shy, un-approachable behavior, it takes Lee awhile to find a set of friends in which she is able to keep for more than one semester. When Lee meets Martha, she is shocked by Martha's patience and willingness to break the barrier that she has constructed over her first year at Ault. After getting to know each other, the two become great friends, choosing to be roommates for three of the four years of their boarding school experience. However, towards their senior year, Lee finds herself dealing with bouts of jealousness; Martha is becoming more popular amongst the other students, and teachers.
After receiving some attention from a popular athlete by the name of Cross Sugarman on a “surprise holiday” freshman year, Lee spends most of her time focused on recollecting their moment together, and what the future has in store for them, rather than attending to her schoolwork; junior year she is almost “spring-cleaned” due to her “F” in pre-calculus.
Meanwhile, Lee's relationship with her parents is continually draining. The few times that her mother and father make the 18-hour car ride to come to visit her, they end up in some kind of argument, her father usually storming off, saying that Lee has become one of the stereotypical boarding school girls. Their relationship only worsens after Lee agrees to do an interview for The New York Times, revealing that Ault is not at all a wonderful place to be. Her parents, realizing that for all these years Lee has been putting on an act, attending a school that obviously isn't worth the $22,000 a year ($4,000 on scholarship), are furious with Lee's dishonesty.
As a teenage girl, attending a widely diverse public high school, I am well aware of the separation that occurs amongst students due to do cliques, class and race. Because of this, it was easy to relate to the behavior described in this novel; I found myself going “Ha! That's totally true!,” on quite a few occurrences. Although I was able to relate to the story line, I couldn't be any more different from Lee. Her personality was cautious and reserved whereas I am outgoing and carefree. Because of this, I often grew frustrated with Lee's behavior; however, I still found the book extremely enjoyable.

This will certify that the above work is completely original.
Kelsey Sawyer 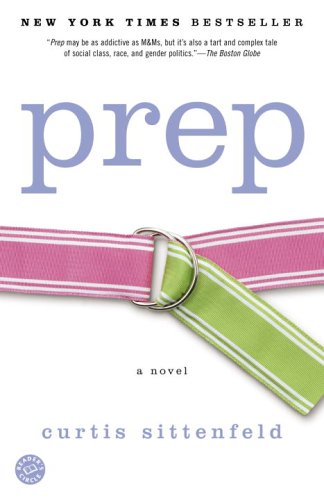