City of Ashes (The Mortal Instruments #2) by Cassandra Clare

After all, they have been through, the world should give them a break. Yet for Clary, the world is nothing but nice. After going through the shock of becoming a Shadowhunter in the first book. Then finding out the love of her life is actually her brother. To top it all off, her best friend just pronounces his un-dying love for her. With a mother in a coma, her now alive father, a caring but a Downworlder guardian; Luke, a brother and her new friends: Clary life is going berserks, and it’s only going down from here.

When life gives you lemon’s; make lemonade. When life gives you vampires, werewolves, demons and a psychopath father… Well good luck. Clary only wishes her life would get back to normal, but nothing normal remains in Clary’s life. To make matters worse, someone in the city is murdering Downworlder children, draining their blood and leaving their body in the alley ways.  Is Valentine behind these killings? If so, why? Even worst when the Inquisitor arrives to investigate and her target is locked on Jace. Even Clary and Jace’s relationship take a toll when they have issues of communicating where they stand. Even Simon gets in on the action, as he makes a life altering decision.  Clary is stuck trying to protect everyone she love from her father, but how can she protect Jace if he is so willing to go out of his way towards the man who raise him.

Cassandra Clare did the same, as she did in her first book. Clary did not seem too developed more, but stayed the same but adding a few more terrors to her life. Jace becomes a moodier, more sullen character, where Simon became even more sarcastic. I did not like what she did to Simon; it seems like a quick way to make him stay in the story longer. I also hate how she made Jace and Clary related. Why, why was that necessary? Now I feel like I’m invading and eventually they will have incest. Ew. Honestly Cassandra Clare, that is disgusting. Other than that gross part, it is a pretty good book for the second one in a trilogy.  For it says on the back of the cover read the whole trilogy, the third should be the final book. Find out what Clary, Jace and the other Shadowhunters, as their showdown again Valentine is only the beginnings. 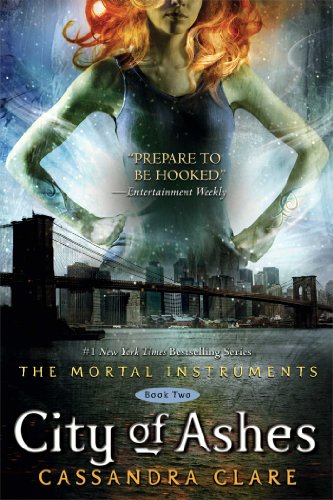 An good sequel in a series that was supposed to be a trilogy.