The Summer I Got a Life by Mark Fink | Teen Ink

The Summer I Got a Life by Mark Fink

The last day of school is always important.  It is the last day to see everyone one last time before leaving them for the two months of summer vacation. That day is when everyone is your best friends, all wondering what your biggest summer plan is. Some gets jobs, other travels, and most just sit home and play video games until September rolls around. For Andy Crenshaw, who just finish ninth grade is looking forward to summer for his family is all vacationing in Hawaii. Little did he know that this summer was going to be different, one that he will never forget.

Andy was used to living in his big brother’s shadows. After all Brad was a star athlete, good-looking and what he called was a “babe magnet”.  Andy who sucked at most sports, and was weaker than most girls could only use his brain to outsmart Brad. Yet when his father got a raised and was expected to travel, their Hawaii trip got put on hold, forcing Andy and Brad to get shipped to a farm in Wisconsin, and live with their crazy, hippie aunt and uncle. But it was cool, as Andy and Brad packed their laptops and cell phones hoping to make the best of the summer. When the pig ate out the internet cord, Brad went nuts and ran away. Knowing that his brother could get hurt hitchhiking he told his uncle and together they rescued Brad. It was their uncle who made the town sparkle, showing Brad and Andy the wonders a small town can have.

Yet the book focuses more on one part of Andy’s summer. Not a part, but person. Sitting in a green van was the most beautiful girl Andy had ever seen. Her name was Laura, who was the town’s local celebrity since she was a piano prodigy. When she was interviewed by Andy’s uncle for the local radio, it was Andy’s chance to talk to this amazing girl. And he did, they talked for almost an hour. It was not until her mom came to get her that Andy’s realize that she was far from perfect. As her mom helped her into her wheelchair, it turned Andy’s world upside down. This book focuses on the young love between the handicapped prodigy, and the normal Californian boy.

Mark Fink took one summer for one boy and made it into something special. This is a true teenage girl book, filled with love, romance, and a little drama. Yet what sets this book out to be different than the others was that it was taken in the point-of- view as a boy. The good thing about this male protagonist is that his thoughts on Laura was not the one that maybe his brother Brad would have thought of. Thank you Mark for keeping Andy’s thought clean for us female readers. It’s a short book, only reading 195 pages, and ends with a sappy ending that will make you go “Awwwww” out loud. The writing is good, so is the plot. A perfect novel that will end you feeling happy for Brad, Andy and Laura. 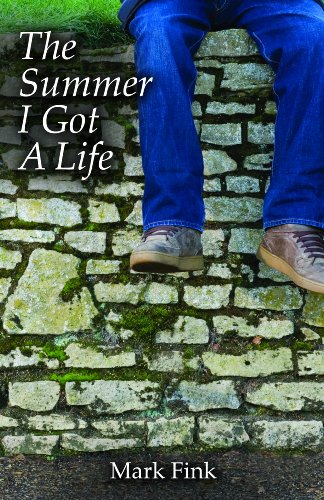 A beautiful summer for one ordinary boy!