“She has had so much sadness in her short lifetime. Now that she is barely, I mean barely, over her grandfather's death, she sure does not need some stranger in her life to have to get use to” (89) After Clover's mother, father, and grandfather die, Clover is forced to live with her new Caucasian stepmother, Sara Kate. Dealing with pain of losing so many close love ones at a young age and being an African American, Clover has to get used to living with a woman of a different background. Sara's cooking, cleaning, and personal habits aren't what Clover is accustomed to. Carefully listening to her Aunt Everleen, Clover learns what she should and should not do to upset Sara Kate.
Clover is an outgoing ten year old and not afraid to say what's on her mind. She tries desperately not to do anything that may annoy her grieving stepmother. Not used to taking care of children, Sara Kate is in for a change when she promises her dead husband she will raise his daughter. Everleen and Jim Ed, Clover's aunt and uncle, don't really like Sara Kate mostly because of her high-class background; however, they pretend to appreciate her kindness. That false affection becomes real when she shows how much she cares about the family by risking her life to save Jim Ed's.

This story is emotional in many ways but kept me laughing and anticipating what would happen next. Told from a child's point of view, it still captured the attention of children and adults. I think anyone in a biracial family can relate to such a story. It could help others understand the issues and common conflicts of living with someone of a different color.

I would encourage anyone who socializes with people of a different race on a day- to- day basis to read this novel. This book cannot only shine light on people's feelings but also describe how we relate to one another. 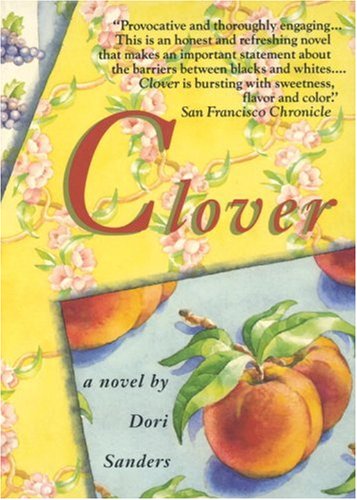