Okay for Now by Gary Schmidt

Favorite Quote:
“To gain your own voice, you have to forget about having it heard.”
—Allen Ginsberg, WD

When I first started to read the book Okay For Now by Gary Schmidt, I was a little bit confused. It started out with a boy talking about his favorite baseball player and his baseball, and I was like, what the heck am I even reading, I don’t like baseball and I don’t want to read about baseball. Nevertheless, I ventured on reading, because something in my gut told me that this was going to be a good book, and it was.

The book is set in 1968, in upstate New York, and it follows the life of a boy named Doug Swieteck, and his life isn’t a very good one. His dad is physically and verbally abusive, his brother is a wannabe criminal, his older brother is off fighting in the Vietnam war, and his mom just sits on the sidelines. He has no idea what he wants to do with his life, but he knows that he wants to do something. He wants to be someone. So he heads out of his family’s life at home, to make a destiny for himself. His journey takes him to meet Lil Spicer, a girl who isn’t afraid to say what’s on her mind, to Mrs. Windermere, an old grouch whose head is filled with many creative ideas, and to the library where he sets his eyes on John James Audubon’s Birds of America, and then does he discover that maybe, just maybe, he’s actually worth something. 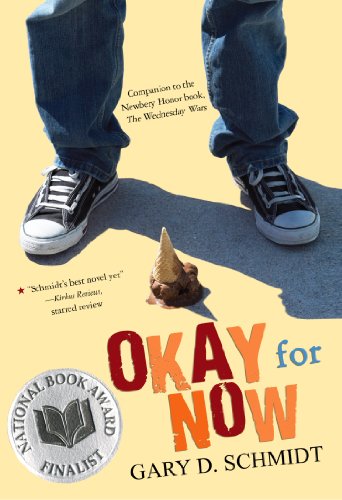 
Buy from Amazon
The author's comments:
This book was just simply amazing. If there's one book to read, it's this one.
Post a comment
Submit your own

Favorite Quote:
“To gain your own voice, you have to forget about having it heard.”
—Allen Ginsberg, WD