By Walter Mosley
“I lived as a slave on the Corinthian Plantation my whole life up to the time Tall John ran out of the back woods and into my life.”
-47

47 are about a boy named 47 who has to go through being a slave at the Corinthian plantation. He is being looked after by a woman named Big Mama Flore after his mother Psalma died. Big mama cuts milk out of his diet ever since he was little so he would not have to be big and strong to work in the cotton fields. However, one day his master, Tobias tells him and Big Mama that he has to start working in the cotton fields. They are both devastated. Big Mama tells him that two men Champ Nolan and Mud Albert will look after him in the fields. 47 works in the cotton fields and learns that it is grueling work. One day while he was working another slave owner came and told Tobias that one of his slaves ran away and to look out for his slave. After the day was done, 47 hear Master Tobias's dogs barking. He goes to check out what was wrong. It was a boy copper skinned, tall, and wearing overalls. The boy's name was Tall John. Tobias comes to check out the noise to and he becomes suspicious that John is the fellow slave owner's slave. Tobias soon forgets the suspicion and makes him one of the other slaves. Tall John befriends 47 and tells him to keep a secret. It turns out that he is from another planet trying to track down an evil alien, named Wall. 47 find this to be a joke. He learns the hard way that Wall (evil alien) has taken shape of Andrew Pike, Tall John's previous slave owner.
This book has the most interesting plotline; I was quite surprised when I finished reading it. It felt as if it needed to have a sequel. I thought about it ended abruptly but the style of Walter Mosley was like that (Vague but ends strong) .47 is tangled up in a mess with Tall John which is unforgettable. Tall John brings the other slaves hope, wisdom and belief. Tall John seems more than meets the eye. I thought this book was really well written because it included historical fiction as well as science fiction. I would recommend this for people who like nonfiction and science fiction with a touch of adventure. It is for people who are willing to be whisked away to the Corinthian plantation and follow 47 through an amazing journey. 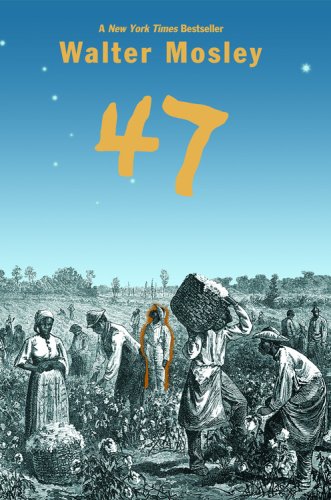