The Spectacular Now by Tim Tharp

Here’s another YA novel featuring the doomed relationship between the typical party boy and an unfashionable nerd. These two types seem cliché, yet it garnered to become a National Book Award Finalist. From author Tim Tharp comes ‘The Spectacular Now’, but is it spectacular to read?

Sutter Keely may not be the average party boy. Give and take a few things like his love for girls and his addiction to alcohol; he has a philosophical mind-set to embrace the weird. Then there’s Aimee – a lover of anything sci-fi and western. She has big dreams but a huge lack of confidence to go after them. After Aimee finds Sutter passed out in a place he’s never been before, they bond over an early morning to then form an unlikely relationship. All Sutter wants is to build up Aimee’s confidence to help distract him from his ex. But Sutter’s fear of the future is set to tarnish their relationship from the beginning. Despite their major differences on what they want out of the past, future, and the present, they must decide whether their relationship is destined to hold out. And what’s better than to find you in a spectacular moment or to plan yourself to a spectacular future?

Whatever leads to their decision, their relationship turns out to be a spectacular read. Every character has a variety of quirks that add sparks to themselves. Like Aimee’s desire to work on a ranch or Sutter being friends with his business partner. The situations they go through are heart-felt and dramatic as they gear up to leave high school behind. But the connection to the story and characters bring the novel to life, making ‘The Spectacular Now’ an amazing book to read. 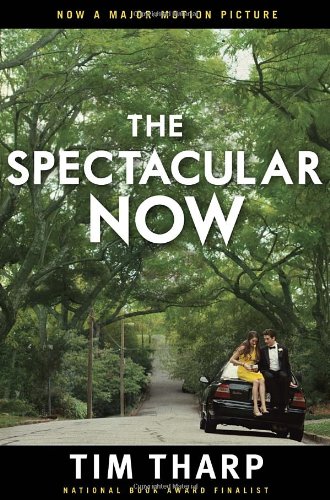