The Twilight Saga by Stephenie Meyer

Favorite Quote:
Life is a maze.
Love is a riddle.

The Twilight Saga is a novel series the circles around a love triangle between a Vampire, a Werewolf, and an average Human. Isabella Swan starts out as just an everyday ordinary girl moving from the large city of Phoenix back to the small town of Fork, Washington. Edward Cullen starts out as a noticeably different character, which distances himself from everyone else and stays within his circle of family. Jacob Black starts out as the childhood best friend with a major crush on Isabella, completely unaware of his Werewolf/Shape-shifter magic in his blood.


As the story plays out, Isabella and readers discover the secrets behind Edward Cullen and his family, the ‘vegetarian’ Vampires. Isabella is put through many situations where she has to choose between Edward or Jacob, the majority of the time she picks Edward over Jacob. Through out the whole series Isabella and Edward are faced with more and more problems that challenges their love for each other, such as the Volturi the ancient vampire royalty and a newborn army set on killing Isabella for revenge on Edward.


A few years ago when I first read the series, I was an instant Twihart. After a couple of years when I read it again, I couldn't even endure reading the first two books, Twilight and New Moon. The reason being, the actions of Isabella just didn't faze me as it does now. For example, Isabella goes into a deep depression after Edward leaves her in New Moon and reading it today I find it as something that is foolish to do. It really all depends on the reader whether or not that they’d enjoy the series, but I believe if you get passed some of Isabella’s unnecessary events that it is a really terrific series to read. 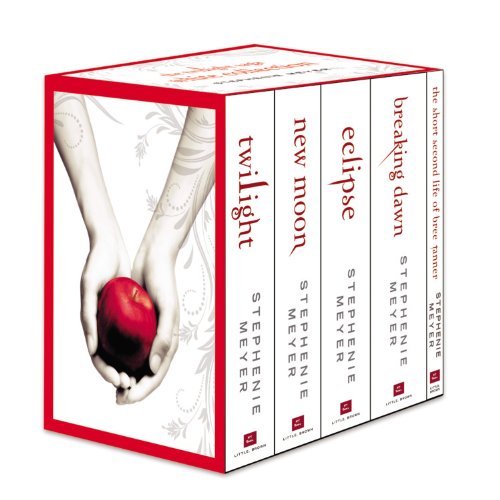 
Buy from Amazon
The author's comments:
I have been a Twihart for awhile now, but I'll admit that there is somethings in The Twilight Saga that I heavily disagree with.
Post a comment
Submit your own