This book is about a girl, Caitlin, whose sister ran away with her boyfriend, and Caitlin is trying to deal with all the troubles in her life. The exposition of the story tells you about Caitlin, her family, her neighbors, and all about her and her sister Cass's strong relationship. The story begins to rise before the exposition, in the prologue of the story, which is only the note from Cass that says she will be running away. Because Cass is gone, Caitlin decides to join the cheer squad with her best friend, Rina, because Cass was perfect, and Caitlin wanted to do something without her sister being in the way. After one of the games they cheered at, Caitlin was at a gas station, and met a mysterious boy, Rogerson Biscoe, but they didn't talk much. A while later, she met Rogerson at a party, and soon they were boyfriend and girlfriend. Caitlin and Rogerson weren't like a normal couple, they didn't go to parties or dances, Caitlin just rode around in the car while Rogerson would go to houses and buy pot. Caitlin was being influenced by Rogerson to do pot, and she also began to smoke cigarettes with one of her new drug dealer friends. After they had been dating a few months, Caitlin called Rogerson a big baby (jokingly) and he slapped her. This was the first of the many times he abused her, which made Caitlin's grades drop, she did drugs more, and she only wore black and sweaters to cover up her bruises and scars. One day there was a party and Caitlin was late because she was forced to go to the lake with Rina, because they weren't spending much time with each other, so Caitlin go there late and Rogerson was furious. When he first saw her he pushed her to the ground, so the police handcuffed him and sent to jail, while Caitlin was sent to the Evergreen Rehabilitation Center. Caitlin ended up getting over her trauma, and her pot addiction. The resolution of the book was when Caitlin got a visitor at rehab, and she found out that Cass had come back.


One of the characters, Rogerson Biscoe, has a huge story behind him. People say that girls like him because of his short dreadlock-hair, but Caitlin likes him because he is mysterious. Rogerson had always been getting in trouble with the police, for doing drugs and for violence. For some odd reason, he was extremely smart and could answer any trivia question, but he was still repeating 12th grade for the fifth time. Anyone could infer that he has anger issues, because he would slap of hit someone, even a girl, for calling him a name or being a few minutes late. 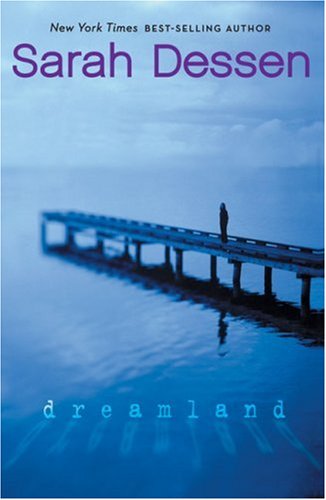