“Demi would come outside for me soon, I was sure – and though my face felt hot at the thought of my failure next to his success, I still wanted to feel his arm around me and hear him tell me that I’d been wonderful, that I was wrong about it going badly, that I was Sadye Paulson, and I was going to be famous, and I was a fabulous wondergirl, and Jacob Morales was an idiot if he couldn’t see my talent. But Demi didn’t come.”

Sarah Paulson has a Lurking Bigness inside her that’s screaming to be released from the vanilla prison that is Brenton, Ohio. She doesn’t fit in with everyone else in Brenton, and she thinks she never will until the day she meets Douglas Howard – Demi. He has the Bigness, too, and he shows Sarah what she can do with it: sing, dance, and act. Together the dynamic duo becomes two of the biggest drama fiends in their school, but no one seems to notice or care; their lives are a little too outrageous for Brenton. They enroll in Wildewood, a summer camp for drama enthusiasts, and they leave Ohio behind knowing that they’ll find greatness and acceptance for at least a few months before their senior year. They’re excited for a year of fun and friendship, but Sarah – christened Sadye because Sarah is too plain – can’t seem to find what she wants at Wildewood, and she beings to wonder if she’ll ever find what she wants.

Dramarama perfectly captures the mindset of most drama-loving theater kids, and anyone wrapped up in that world will absolutely love this book. It’s full of subtle tips and tricks for actors and actresses, and anyone who reads it will benefit from the lessons it teaches. It has a good story that’s easy to follow, but people who aren’t enormous theater fans – like myself – may find some of the characters to be superficial, whiney, or self-involved. Dramarama is entertaining and great for reluctant readers. I would recommend it to high school-aged theater girls, but I firmly believe that boys with an interest in theater will appreciate the story, too. 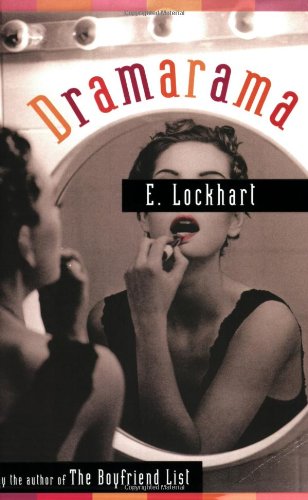