One Flew Over the Cuckoo’s Nest by Ken Kesey MAG

The patients of this psychiatric ward are timid folk. They rarely speak, and when they do it's to tattle on someone in exchange for a reward. They stay separated, with the chronics on one side and the acutes on the other. Nurse Rached meticulously plans their days, and each is as monotonous as the last.

All of this changes abruptly, however, when Randle P. McMurphy is admitted to the psychiatric ward. He does nothing but stir up trouble. He punches windows, brings gambling to the ward, and even speaks of breaking out. Everyone, staff included, realize he's not like the rest; there's actually nothing wrong with him at all. But that doesn't stop Nurse Rached from trying to control him, and what she does to finally gain control is mind-boggling – literally.

What makes One Flew Over the Cuckoo's Nest the most unique book I've ever read is that the narrator isn't the main character, but instead a supposed deaf-mute who watches from the sidelines until the very end.

I highly recommend this book to anyone looking for a change. Be warned though: it contains explicit language. 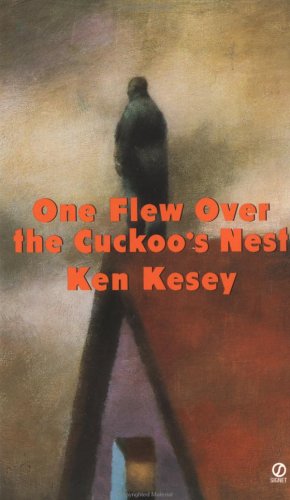 View profile
I've had this on my to-read list for a while but your review is really bubbling up my anticipation to read it. Thanks for sharing :)