Frank McCourt has two best selling memoirs under his belt, Angela's Ashes and
Tis. His latest installment is another memoir called Teacher Man. It was about his 29
year high school teaching career and his breif one year college teaching career. He kept
his students by telling off-base, yet interesting, stories. Some of the stories were very
interesting and enlightening, unfortunetly, they were the best part of the book. It dragged
on for 273 long pages of McCourt's self-loathing.

Some people call him humble, which he is, but he is a little too humble for my
liking. McCourt made it sound like he was insecure and disrespected by his students all
the time. He talked down about himself so much, I began to question whether he
deserved the coveted Teacher of the Year award that he recieved in 1976. Normally, I
read a book in a few days but this one took me weeks because it was the same
self-loathing over and over.

There were some positive things about this book. It accurately describes life in
the slums of Ireland and on the docks of New York. I am thankful for these passages
because they pushed me through the book. I was very drawn in by New York's mob-like
culture even in somewhat recent times. No matter how much I liked the irrelevant stories,
I couldn't get into this book. It wasn't for me, or most of America's young adults, but
most teachers would love it. People who have read Frank McCourt and enjoyed it, may
also enjoy this memoir. 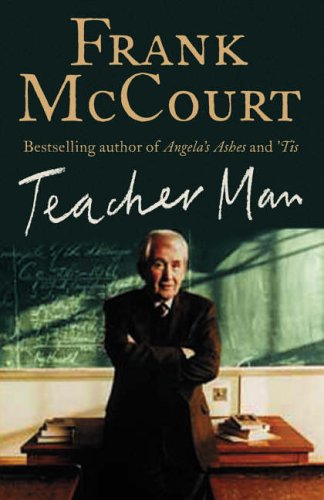