The Trumpet of the Swan by E. B. White | Teen Ink

The Trumpet of the Swan by E. B. White

Favorite Quote:
"We're all just kids who grew up way too fast" - The Cab

Being different from others is not a disadvantage. As demonstrated by Louis, a spirited Trumpeter Swan, even when you may be different from your own kind, you still have the opportunity to become the best. It takes hard work and determination, but in the end it will all be worth it.

In the heartwarming novel, The Trumpet of the Swan by E. B. White, readers will be left thinking about how amazing it was for a baby swan (cygnet), born with a speech defect, to become one of the most talented and well know Trumpeter Swans of the animal kingdom and the human world. His father, a noble and brave, black-billed Trumpeter Swan, has stolen a trumpet right out of a music store just to give his son an audible voice due to his inability of talking. Unfortunately this was a crime and Louis just couldn’t live in the shadow of guilt. So he took full responsibility of the crime, and flew off into the unknown world, searching for a job with a good pay. And the money he earns will be able to pay for the trumpet and the damages done to the store.

Over the course of events, Louis gained many talents such as trumpet playing and being able to write in English, and also gained a new best friend named Sam Beaver. Sam Beaver is an eleven year old animal lover with black hair and dark eyes. Just like how we have strong bonds with our best friends, Louis and Sam have an unbreakable bond. Most people in their lifetime have found a best friend, whether he or she is a human being or an animal, that will always have his or her back, just like how Sam always had Louis’s back. Sam showed that he would do anything for a friend and will stay loyal to him, even for an entire lifetime.

This timeless novel took place in many different locations such as Canada, where Louis was raised by his mother, a graceful Trumpeter Swan, and the Red Rock Lakes in Montana, the family’s winter home. Growing up with his brothers and sisters, Louis finally reached a point in his life where he fell in love with a young female Trumpeter. Her name is Serena, a beautiful and youthful swan that caught Louis’s attention right away. But due to Louis’s speech defect, he cannot tell Serena that he loves her, so instead he showed her what he could do on his trumpet and worked his magic.

Life went on for both Louis and Sam, and they still remembered each other, no matter how old they got. This magnificent adventure novel about life is sure to capture the minds of 8 to 13 year olds who love music and animals. Because everyone deserves a chance at life, no matter who you are. 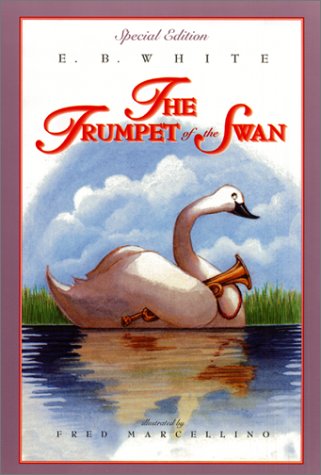