Conscious in a World Submerged in Glitz | Teen Ink

Conscious in a World Submerged in Glitz

A famous quote from the Soviet Union states, “Books are the ladder of human progress.” Ever since books existed, reading has become an effective way for humans to improve their amount of knowledge and depth of thought. However, in the world portrayed in Fahrenheit 451, books are forbidden and described as a useless and confusing medium. The main character of Fahrenheit 451, Guy Montag, is a fireman who burns households for possessing books. Eventually, Montag established his belief in the importance of reading and self-expression through two steps.

The first step of Montag’s awakening is the initial doubt in his mind on the morality of his fireman job. Because of the prohibition of books, the citizens of Montag’s country have no opportunity for practicing deeper and critical thinking. Clarisse, a kind girl who is persecuted by the government for being deranged, leads Montag to discover that he is actually unhappy in his fireman job. Just like him, lots of suicide cases are committed in his country because of sadness, which he previously considered as normal incidents. However, Montag realizes that these suicides are caused by people’s emptiness after indulging themselves in distractions like TV programs. Such emptiness is created by the superficial interactions that citizens have, in which they engage themselves with familiar and gaudy routines every day.

Montag’s second step is realizing how can people get rid of their emptiness and gain motivation to improve. Montag’s answer is the establishment of individuality, which keeps him from being impacted by mainstream conformity pursuing superficial entertainments. In his society, citizens lost their uniqueness after blindly following the trend of distractions. The engagement and exploration of new things are how individuality is formed. Such engagement sparks continuous interest and expectation on the outside world and future life. Without stepping out of their comfort zone, people can hardly reveal their true interests for gaining real happiness. To Montag, reading is definitely one of the best ways to achieve such a passionate state. He reads his secret books to dislodge the emptiness and meet new friends through sharing the absorbed knowledge.

As the result of Montag’s awakening, the significance of reading and self-expression is inscribed in Montag’s mind. He eventually becomes a member of an exiled group full of educated men, living on the margin of his society. Although Montag seems to be abandoned, he acquires his true happiness through reading. Every person should strive for their own passion, in which they can then achieve personal satisfaction and pursuit. No matter how our environment influences us, taking an adventure through the mist of future is never a bad idea. 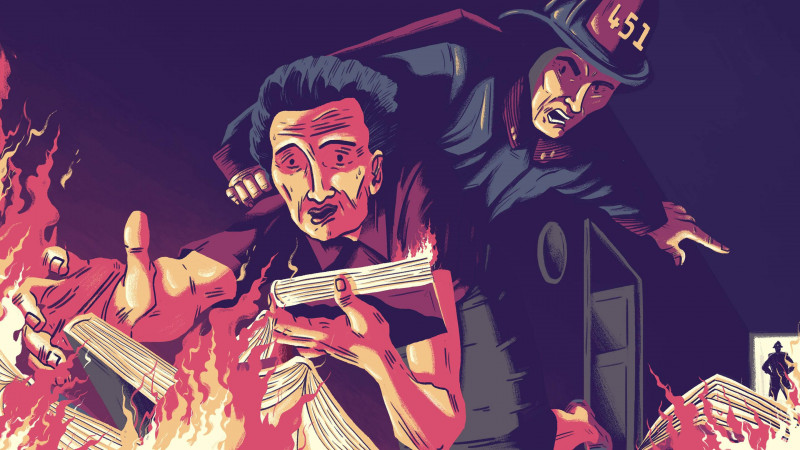