The Selection by Kierra Cass

Favorite Quote:
Pain can change a person, that is why I have changed

The Selection by Kierra Cass takes place in what used to be America, however, the country is now called Illea. The main character is a 16-year-old girl named America, named after what the country used to be called. Most of the story though takes place in the castle of Illea where Prince Max and his mother and father live. This book also has only one main character (America) and a lot of side characters. America had been chosen for the Selection of 35 girls fighting over one Prince Maxton by only charm, beauty, and personality.

A book that is very similar to this book in one form or another would be The Hunger Games by Suzan Collins. The Selection is described as The Hunger Games without the blood sport, more people. and only girls.  In the beginning, America did not want to join the selection, however, her mother bribed America to enter for the chance. America was in love with a man named Aspen, they were boyfriend and girlfriend but they soon broke up after America had spoiled Aspen and he thought of how America would suffer hunger and would not want that for her.

After Aspen and America break up is when America ends up being selected for the selection. She only entered it for Aspen and now she was stuck in the competition because of him. She would be leaving her home for what she thinks is a shallow prince where really she finds out he is really kind-hearted. The first night there she screams at him in the gardens, he could have let her go then and there but kept her, he even kept her when she kneed him in the groin.

Turns out Prince Maxton likes America's fiery spirit and her will to want to fight. She would never go without a fight and that's why Maxton likes America. At first, America wanted to be friends with Maxton and when he confessed his feelings for her she wanted time to get over Aspen and that is what Maxton gives her. Until the very end of the book, after a rebel attack makes Prince Maxton get rid of all but six girls, five of the girls were the king's choice only one was Maxton. And Maxton's one choice was America, he was not ready to let go just yet.

At the end of creating this book, Kierra Cass should be proud of her creation. The book is filled with intensity and calmness throughout the whole book. I would recommend reading this book to many people, it can be loved by several different ages, although I would not recommend it to guys considering this is a really girly book. Although is you like this book I would also like to recommend reading not only The Hunger Games trilogy by Suzan Collins but also Matched trilogy by Ally Condie. 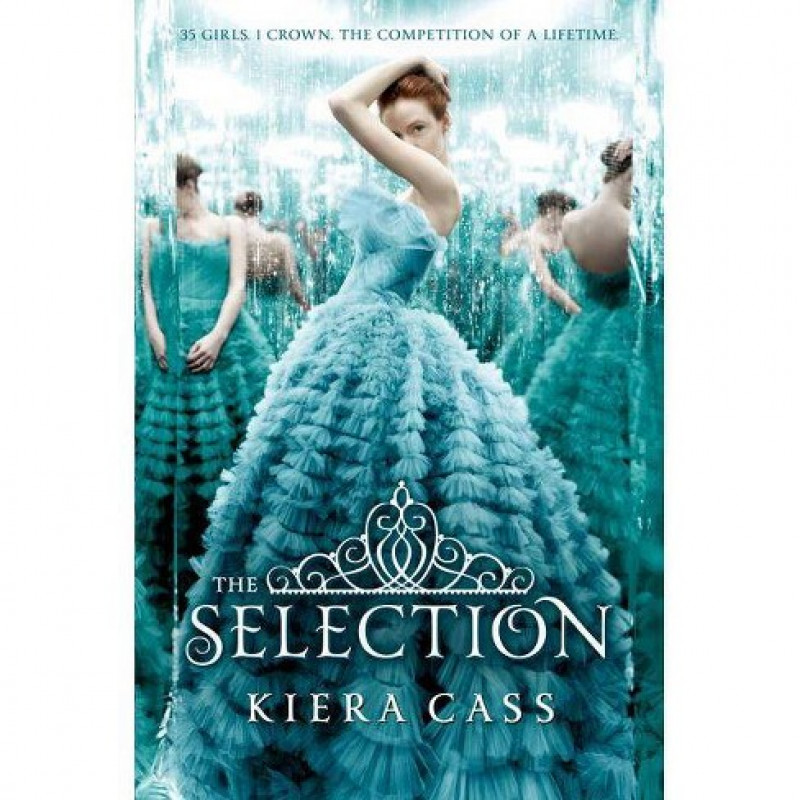 Warning there are some spoilers about the book, but still would be an amazing read.