Memoirs of a Geisha-Review
I decided to read Memoirs of a Geisha by Arthur Golden because I was curious about what a geisha actually was. I know most “Westerners” think they are prostitutes, but to me that didn't seem to be the whole story. While they did strive to be kept women, they were also very skilled and cultured, entertaining men with dance, music, and witty conversation. The word geisha does not mean prostitute but artisan or artist. However, sexual intrigue is part of the job description, namely in the ritual known as ‘mizuage', the selling of their virginity.
Readers of Memoirs of a Geisha experience the obstacles and triumphs of a highly successful geisha known as Sayuri, from the time she is sold by her parents to a geisha family, to the triumphant auction of her mizuage and her reminiscent old age in Manhattan. Most of the story centers on her coming of age in Gion (the geisha district), her struggles with rivals, and her search for love during the 1930s and 1940s. Arthur Golden portrays the story through the eyes of a young girl, allowing us to experience the feelings of a woman in her world, as well as the characteristic grace and politeness of Japanese culture.
However, the annoying part about this book is the ending. It's too abrupt and undoes all the sympathy and warmth I felt for the character. She becomes very shallow and manipulative. It's like the writer got bored, or he was behind on his deadline because the last pages were very weak.
It's disappointing because here is a woman with so much potential, she's beautiful and intelligent, but she is also trained to be manipulative, deceitful, and opportunistic. The ultimate message of this book is to rely on yourself because everyone else will fail you, not that this is surprising, based upon the environment and upbringing she experiences. It could be argued that she even made the most out of her circumstances. For a book like this, with an incredible build up where you want to see everything wrapped up, there is no adequate ending. I still recommend the book, but warn against the end; what a letdown! 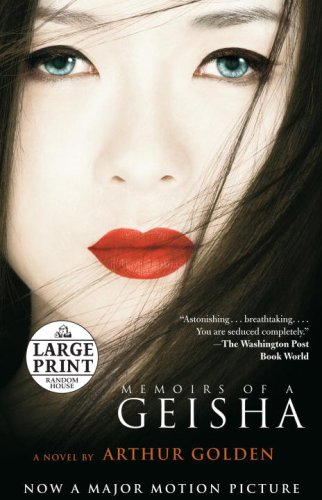