Newspapers, magazines seeing a boy who was just like me
Momma, I’m scared it’s gonna happen to me
The lady across the street might get me in trouble
With the man, with the power
I don’t wanna get taken away for being myself
Trial takes place with so much commotion
Days pass and innocence is declared
How can a crime so hateful pass by so easily
Momma, i’m scared they're coming for me next
Everybodys getting loud and standing up
Radios buzzing
Reporters writing
Momma, what's gonna happen next
Neighbors start rising
Brothers start fighting
All because of the river boy
Momma, I wanna fight
I want a world with better people
better rules
a better way of livin’
Momma, lets fight!
Sisters and brothers getting together
Were fighting for a better cause
Time goes by still fighting for freedom
We never would be here without the till boys spirit
Momma, were doing it
Making a better world for livin’
Making a change for my future brothers in coming
Schools integrate
Buses stop segregation
Everyones being treated equally, like the way it should be
Momma, we did it
We made a change
We fought for our rights, that we deserve
The river boys soul can now rest in peace
For now justice has been made
All because of him everyone rose up
Momma, were equal 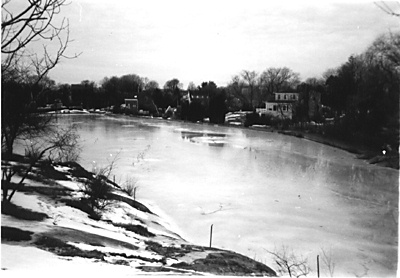 This poem is inspired by the tragic death of Emmett Till.

Favorite Quote:
"I wanted you to see what real courage is, instead of getting the idea that courage is a man with a gun in his hand. It's when you know you're licked before you begin but you begin anyway and you see it through no matter what" - Harper Lee

and then there's this one
╭∩╮（︶︿︶）╭∩╮

View profile
I really liked how this poem told a story. I dont really think you needed to tell us what point of view the poem was in, for the realism of the poem made it easy to figure out with a little cognitive thinking.
StevenSchwope BRONZE said...
on Nov. 15 2014 at 6:34 pm
StevenSchwope BRONZE, San Antonio, Texas
4 articles 0 photos 4 comments

Favorite Quote:
My heart is a colored pencil, but my brain is an eraser.