A boyfriend? Not now! | Teen Ink

A boyfriend? Not now! MAG

I have grown up in a society where having a boyfriend is an obsession. It makes a girl popular. He makes her feel wanted and loved. Many girls define themselves by their boyfriends, and when he's gone, they lose themselves. I don't have a boyfriend, and I don't particularly want one. It may sound crazy, but I am not looking for a boyfriend.

Unlike the majority of my peers, I view the endless search for a significant other as a waste of time. Life is busy, and a boyfriend takes time and commitment: time I would rather spend with my friends, and a commitment I don't need at 17.

Sure, it might be nice to have someone to spend Saturday night with when all my friends are with their boyfriends, but I do. I have someone no other guy can even compare with, to whom I can tell all my thoughts, dreams and even insecurities.

I am not writing off boyfriends, I'm just not getting caught up in the idea of one. Someday I'm going to marry a man, so why should I waste time with guys I would not want to marry? No, I don't know who I will marry, but I know that any part I give to a guy is a small part I have taken from him. I want to give my future husband everything, so I have to be cautious what parts of my heart I share. Having a boyfriend isn't committing to marriage, but it isn't meaningless, either.

People say that with a theory like mine, I can't expect to ever find a guy, but I disagree. My theory will turn some guys away, but the guys I would actually want to date will stick around. Society tries to trick me into believing that if I don't have a boyfriend it is because no guy wants me, but society is wrong. I am not defined by the man I am dating, and I do not need a boyfriend to know who I am.

I have faith that I will find the right guy at the right time. It may take longer than I might like and more patience than I think I have, but someday my one true love will come. While I wait, I won't obsess over what I cannot change or over guys who turn away. I will focus on the here and now. My focus is on my friends, family and faith. It sounds crazy, but someday I will have a bunch of rugrats running around, and they will have an awesome father - I just know it. 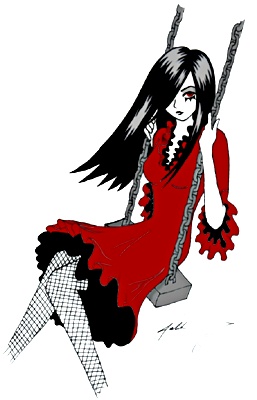 View profile
I love, love, love thi. Thanks for pointing that out. And I don't think I want a boyfriend either--at least, not now. I'll focus on finding myself first... :)))
Jerome.J said...
on Dec. 16 2010 at 11:39 am
I am also glad that I stumbled upon this article because I also do not have a girlfriend right now, but all my male friends got one. So they say that I have to get a girlfriend so that I will be cool but I do not agree to that. I always be myself and i know I will find the right girl.
thoughtfulsoul PLATINUM said...
on Aug. 13 2010 at 3:39 pm
thoughtfulsoul PLATINUM, El Cajon, California
25 articles 0 photos 48 comments
View profile
I am glad I stumbled across this, because I had been feeling really crappy. Ive never had a boyfriend and most of my friends do, but reading this made me feel a lot better. It also gave me perspective on the whole boyfriend thing and you're right. Having a boyfriend doesn't make you great. So thank you :) and this flows really well. You are a good writer
AnumK SILVER said...
on Aug. 2 2010 at 1:18 pm
AnumK SILVER, Karachi, Other
8 articles 0 photos 38 comments
View profile
It's very well-written. I have the very similar opinion about this topic...boyfriends and getting involved into such things that come and go with time don't define us..
beautifully broken said...
on Dec. 11 2008 at 12:55 pm
i used to really want a boyfriend to make me look and feel good but now i know now that i don't need one it is so nice to know that other girls feel the same way as me