Favorite Quote:
I like to believe there are always possibilities

“Not really. I don’t want any relationships right now, I have enough to worry about in my own life.”

Like many kids raised in households that did not accept homosexuality, I had no idea about any other sexualities than the mainstream straight, gay, bisexual, and lesbian until high school. For my whole life, my parents always told me I was straight and they expected me to like boys, date, marry, and have the standard two to three kids — that was the norm, and I didn’t question it. But that changed in my junior year of high school when I actually began to question my sexuality.

I thought I might be bisexual because I felt the same about men and women. And I was still thinking about it when, on the first day of June 2021, I wound up on an internet deep dive that led me to two words.

Aromanticism: When a person feels little to no romantic attraction. Asexuality: When a person feels little to no sexual attraction. And something finally clicked in my brain. This was exactly what I had told my parents for years, and I just did not know the words. Ever since then, I have shuffled through different identities, mainly identifying under the umbrella label of aromantic asexual (shortened to aroace). This means that I do not feel romantic or sexual attraction.

Like many other aromantics, I have had so many doubts about my own identity over the last few months, especially as I was only out to my close friends and not my family until recently. What if I am just straight? What if I am just bi and trying to hide it from myself? What even am I? Even though I feel happy being aromantic, I cannot deny that those dark clouds of uncertainty crash into me at the most inopportune moments.

I came out to my mother as asexual. She gave me the biggest hug and told me she had suspected for months. When I was talking to her about it a week after I came out, she told me she had done a bit of research and seen my flag, and when I was explaining the split attraction model, she told me she had seen something about it. While I did come out fully on one side of the split attraction model, on the aromantic spectrum I didn’t come out. For now, I told her that I don’t know about my aromantic identity even though I’m pretty sure I am aromantic. But it is great being at least partially out to my mother. She has been so supportive and I actually really love when she asks me questions. In regards to my dad, I am a bit more hesitant to come out. My dad says he is fine with the LGBTQ+ community, and I totally believe that. Some of his and my mom’s friends are bi and gay, but in practice, I do not know how accepting he will be of his only child being aroace. He is one of those conservative Christian types, but he is one of the nicest people I know. He's someone who barely has gripes with anybody, so I have hope that after some time and understanding as to what aromanticism and asexuality actually is, he will come to accept my identity.

Even though it is certainly not what my parents would want for me, my aromantic identity has become super important to who I am, and it has always been there without a name. On further examination, it seems like the “crushes'' I thought I had when I was younger were really me wanting to be friends with them, rather than anything remotely close to dating or romance. And I have always celebrated Valentine's Day as a way to show how much I love my family and friends, rather than celebrating romantic love or attraction.

The aromantic spectrum also has a well-developed community in places like Instagram. In the lead up to Aromantic Spectrum Awareness Week in February, I watched the preparations for Valentine’s Day, and I was amazed by just how much people in the community care. There were video projects, letter writing, and tons of posts explaining our community to others and providing support for aros on Valentine’s Day.

Unfortunately, there is not a lot of representation for aros in the media — even less than asexuality. The best representation for aros often comes from the rare books and TV shows with confirmed representation, such as Peridot from “Steven Universe,” Vernestra Rwoh from “Star Wars: The High Republic,” Georgia from “Loveless,” and most recently, Isaac from “Heartstopper.” The vast majority of our representation comes from non-confirmed, semi-robot-type characters like Spock and Sherlock Holmes, whom I absolutely adore, but still are never said to be explicitly asexual or aromantic. Or characters without a love interest are assumed to be aroace, like Merida from “Brave” or Mirabel from “Encanto.” With barely any representation, many people have no idea about the complexity of aromanticism or even what it is. Aromanticism and asexuality are often called “internet identities” because they gained popularity during the rise of the internet, but it's because of the turtle-crawl pace of getting representation in media that the recognition has been slow.

My story does not have an ending yet, and that’s all right for now. I do intend to come out to my dad this year, and be much more out as an aromantic person for Comic-Con this summer. But right now I cannot complain too much about semi-closet life. The closet is comfy and I can come out to the entire internet, four of my best friends and after 10 months, my mom.

A common myth about aromantics, especially unpartnered ones, is that we are alone, sad, and “just haven’t found the right person yet.” But we are fine. There is not that “one person” who will make us feel romantic attraction, but most of us still feel platonic, familial and many other types of love and attraction. We are here, we are whole, and we are not going away. We may be alone sometimes, but we are very much alive. 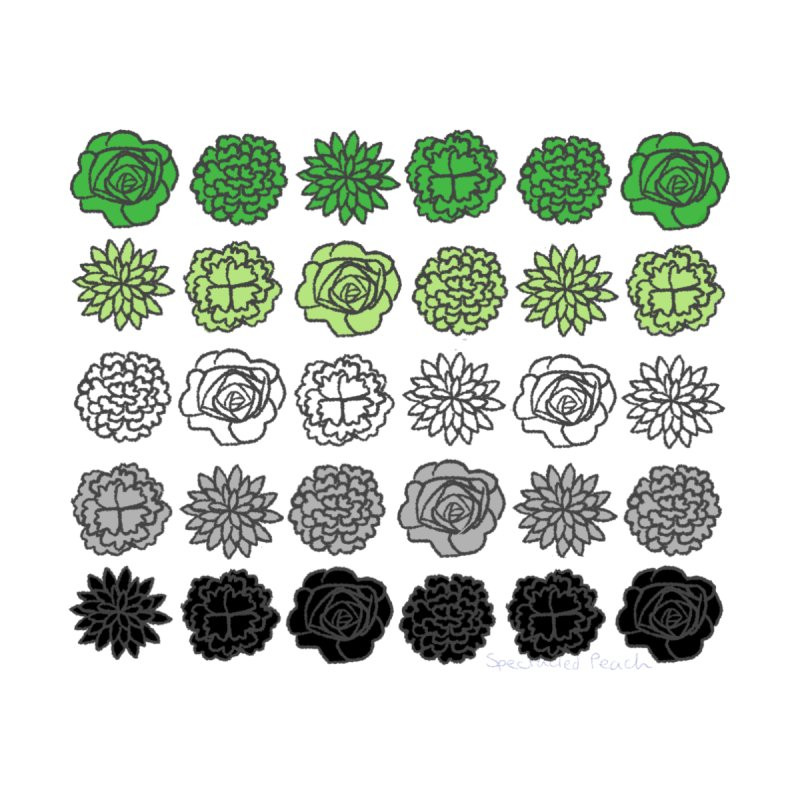 Hi, my name is Louisa and I’m a senior in high school. I am secretary to my schools literary magazine and book club and I am actively involved in my schools fine and performing arts department. I plan on attending college to become a librarian in the fall.