It happened in sixth grade. There was a kid who got into trouble routinely, and was acting out more and more lately. One time he smashed a kid’s face into a door handle for standing up to him. He escaped with only a broken nose, and the bully only got an In School Suspension, but it was still pretty intimidating. I never talked to him, so I never dreamed I would ever get into a fight with him. Boy was I wrong.

After school is always when trouble breaks out at my school. This is probably because kids feel the freedom of being out of class, and feel that rules don’t apply anymore. It couldn’t have been more than a minute after class when it happened. My locker was right outside my classroom door, and I had slung my backpack over my shoulder. Then the voice came.

I didn’t even recognize that it was his. Even when I turned around I hardly got a look at him.

“NERD!” he yelled as he shoved me with all his might, and I spun to try to catch myself from running into the lockers. Kids had been opening them in order to get their stuff and head off to their busses. I wasn’t going to hit a wall, I was going a girl, the equivalent of a metal pole, and cut open my head on a shelf. Out of dumb luck, I managed to hit my half-open locker, barely dodging the girl.

To my astonishment, that was all that happened. You see, everyone was starting to get tired of the bully. Because the innocent were starting to be picked on, they knew that it was time to act.
“YOU LEAVE HIM ALONE!” a voice shouted. The bully looked up and ran. Every guy in my class chased him outside, and away from me. The girls picked me up off the ground, and made sure that I was alright. I wasn’t hurt at all, besides a sore arm, but that wasn’t the point.
The point was that there weren’t any bystanders. There was the bully, the victim, and the people who did something about it. I was lucky, that’s for sure, but that is almost never the case. Kids get bullied every day, and nothing happens. If just one kid just told him to stop, you won’t become a target. You will end the suffering of a kid in need and, you might just save their life. 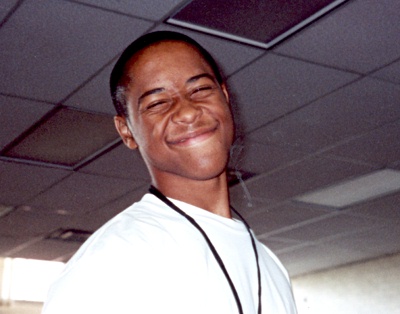 The author's comments:
This is about what the absence of bystanders can, and did, do.
Post a comment
Submit your own

View profile
I understand this completely because I was in a similar experience, and it was great to have my friends stand up for me. I will never forget that. Great job! Like Lexus said more people should give this a read.
LexusMarie PLATINUM said...
on Apr. 26 2013 at 12:30 pm
LexusMarie PLATINUM, Las Cruces, New Mexico
27 articles 0 photos 423 comments

View profile
Hey there! The title is an attention grabber, so that is always a good thing! I like the suspense of the first paragraph. I love how you mix the main characters thoughts and quotes, that's really good. Your descritptions and word choices are great. You include minor details that make the thing more personable. It's really well written. Easy to follow and relate to. Not only do you tell a story but you teach a wonderful lesson. The last paragraph is great, more people need to give this a read.