A haze fell over the world that Grace walked into, but she didn't care. She wasn't in control of her mind or body anymore. That's why it didn't bother her to steal all of the things that she had stolen. It also didn't bother her to know that her new boyfriend wasn't what he said he was. Or the fact that she was now walking to a bank with a gun strapped to her hip and a bag in her baggy coat pocket.

Maggie knew that her best friend Grace wasn't like herself lately. She also knew that she started to change after she started dating Jay, her boyfriend. Maggie knew that he was strange and that something wasn't right about him. She even warned Grace, but Grace was only offended. She walked away from her and told her to never talk to her again.

Maggie followed behind Grace at a safe distance. She didn't know how she was going to stop her, but Maggie knew that it had to be done.

Grace slowly walked into the bank in a robotic way. She walked up to the counter and she laid the bag down.
"Give me all the money you can fit into this bag, and you better shove it in the bag hard!" Grace demanded in a low voice. She pulled the baggy coat back to reveal the gun on her hip. The small petite woman behind the counter nodded her head and turned around and walked back a small hallway.

Maggie walked into the bank and went quickly over to where Grace was standing.
"Grace what in the world are you doing?" Maggie gasped as she pulled Grace away from the counter. Grace keep staring straight ahead.
"LEAVE," Grace yelled at Maggie.
"Only if you come with me," Maggie answered as she pulled Grace back.

Just then the woman came back out the hallway with the bag full of money. Maggie waved her hand at her and she turned and disappeared down the hallway again.

Maggie finally got Grace out the bank entrance and over to a bench.
"Grace please snap out of it," Maggie shock her.
"I'm afraid she can't do that," Jay said as he stepped out of a car with heavily tinted windows.
"Jay, no," Maggie yelled.

Jay grabbed both Maggie and Grace by the waist and pulled them backwards toward the car. Maggie kicked and screamed, but couldn't get away from Jay's strong, muscular grip. He pushed them both in the backseat of the car that Maggie was sure Grace had stolen for him. He got in the driver's seat and drove away with both of them in the backseat.

Then as the car started down the next street Grace, the real Grace, came walking down the street the opposite way of the car. As the car got closer to Grace the window rolled down and Maggie's head popped out.
"Grace?" she yelled as she looked over to the girl sitting beside her. The girl beside her slowly pulled the mask and wig off to show Maggie's own sister sitting beside Maggie.
"You always were the golden child, never did do anything wrong. Well it's my turn," Maggie's sister said as she pulled a wig and mask out from behind her. she put them on and could have been Maggie's identical twin.

"Help," Maggie yelled as she watched Grace go by as the car spend down the street. Grace stood where she was as she was so shocked she couldn't even move. She could hear the cackling laugh of Maggie's sister as the car turned the corner. And Grace was the last person to see the "real" Maggie.

It was said that Maggie's sister, Shawna, went to Mexico to marry some guy she just meet. Which wasn't a surprise to anyone that knew Shawna. Shawna wrote to her parent's to say good-bye and that they would never see her again. Shawna continued her life living through Maggie and it worked.

Grace disappeared about a week later and her parent's gave up looking for her after a year. And Jay never existed as known by anyone else. But Jeremy did and that's how he lived the rest of his life, as "Maggie's" older brother. 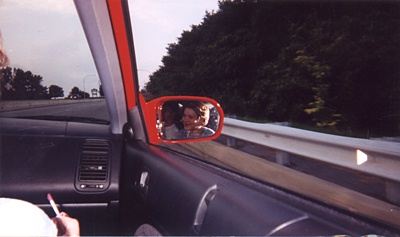 The author's comments:
I'm not really sure what inspired me to write this. It just came to me.
Post a comment
Submit your own