Athena and the American Revolutionary War

Favorite Quote:
Look, I didn't want to be a halfblood."

The untold heroes of history are the kind of stories worth telling. Most of them are about young warriors or behind the scene nurses. But what if you were told that a goddess pitched in? Ever heard of Athena? Her tale is definitely worth telling.

Ares had seemed preoccupied recently. He wouldn’t show up to meetings in Olympus. I decided, as the smartest, to investigate myself. Besides, Hestia could handle the meetings. Right?

I went to Ares’s office and started to look at his desk. There was absolutely nothing. I was about to give up when I heard a sound.

“What are you doing?” A voice asked from behind me.

I turned around to be faced with Aphrodite, goddess of love and beauty. I find her to be rather annoying since she has a history with me of trying to make me all beauty and no brain.

Aphrodite inspected me. “Then why are you in my husband's office? Did he send you here because of the war?”

My eyebrows shot up. Aphrodite knew something! This had to be good.

Aphrodite rolled her eyes. “The American Revolutionary War? For the goddess of wisdom, you aren’t that bright.”

I clenched my fists and forced a smile. I pushed past Aphrodite and walked away. Whatever Aphrodite just told me had to go along with the war. Now I just had to find out what.

Listen, I know that Athena was lying to me. She isn’t very good at it but I knew that whatever she was doing, I would be able to mess up. There are plenty of ugly soldiers that I can make fall in love with her. Of course, she wouldn’t accept it but it would be hilarious to watch her be annoyed. I mean, what else is there to do in Olympus?

I did some research about the locations of the American Revolutionary War and instantly teleported to a nearby forest. My goddess abilities knew where the best place was for strategy. I examined myself and saw that I was in a commander's uniform. The one specially made for the strategizers.

Then, a man’s voice called out. “Who goes there?”

“Sorry,” I apologized, putting my hands up. “I’m on your side. You can put the gun down.”

He slowly put it down and sighed. I slowly walked out of the forest. I didn’t mean to worry him, especially this time of night. He looked like he was keeping watch of the camp and hadn’t gotten sleep in several days.

I frowned at him and crossed my arms. “Is that because girls aren’t smart?”

He nodded, which he instantly regretted once he saw my face. “I’m guessing that wasn’t the right answer.”

I nodded. “Yeah. Now, let's try to forget you ever said that. I’m Athena, head of battle strategy. You are?”

I looked at the frail boy. He looked like he was in his early 20’s and didn’t have much to eat. I pitied him and motioned for him to sleep. I would take watch for the night so the poor guy could rest and be prepared for the battle ahead.

I was laughing hysterically at little Levi Jones. He was definitely ugly and not somebody I would ever love. He would make Athena both disgusted and annoyed. Just what I wanted. Besides, Ares is on the other side of the war! I have to help the love of my life, no matter the cost.

Once the sun rose over the horizon, people were dressed for battle. They had their weapons loaded and their uniforms buttoned. The entire camp looked confused when they saw me and started to whisper. Obviously, they weren’t used to seeing strong women. Then, a commander came to me, his steps in unison.

“What are you doing here?” He asked, fixing his tag.

His tag said Commander Washington. He was obviously in charge of the whole war.

“Athena,” I introduced. “I am the leader of all battle strategies. I have won over 100 wars and I’m more than qualified for this job.”

The Commander laughed. “Oh I know that! I mean why aren’t you in the tent yet? The Battle of Yorktown isn’t going to win itself!”

I smiled and went inside. Apparently some people still know how powerful girls can be.

After the plan was in place, everybody ran onto the battlefield. It took Commander George Washington a while to get everybody on board but once they were, it was a guaranteed victory. The first bullet was shot and everyone got ready. The battle had begun.

Cannons and guns were being fired for three weeks. Rest started to not become an option and the medical tents were overfilled. Once the white flag was drawn, we all cheered. The battle that everyone thought was impossible was won. Later, I went to search for Levi. I hadn’t seen him the last few weeks so I decided to investigate. First, I searched the sleeping tents. Nothing was there. Next, was the medical rooms. That was where I saw him. He was wounded and much smaller than usual. There was his favorite book by his side, Oliver Twist. Levi and I were so alike and I couldn’t bare to see him in this pain. I whispered under my breath, holding his trembling hand.

“Please Thanatos,” I prayed. “Take his life in a less painful way. It’s coming. So I pray, take him peacefully in his sleep.”

Within moments, I could feel him slow down and take his final breath. Tears filled my eyes as the nurses  slowly placed the blanket over him. Like I wished, he went painlessly as a hero. He was sure to go to Elysium in the Underworld. I would make sure of it. 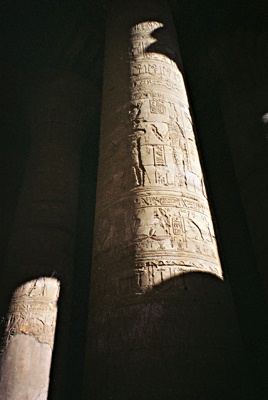 So this story switches between the points of view of Aphrodite and Athena. I submitted this for a portfolio and I was extremely proud of it so I knew I had to submit it! Hoep you enjoy!

View profile
@AthenatheGoddess, this is amazing...I guess that you are a fanatic/follower of Goddess Athena!!! Even I had read about her and I love her stories...
I digress. I have to say that the language and vocabulary you used in your fiction made it marvellous...Keep writing more stories of Goddess Athena and not to forget, Aphrodite...★★★