The man licking coffee from his ink-stained fingertips does not look like a prophet of old, a symbol of change, or a martyr of those without voices. He holds no tragic metaphors tucked away in the tattered folds of his windbreaker, or in the stubble that has erupted across his face to conceal the straight nose and once-striking jaw line. He does not make you think of the prodigal son, thrown out to face the world’s cruelty, suffering for a greater cause. For some unknown reason, he makes you think of the plain, placid face of your banker.

Here he sits, facing the brick facade of city building to shield his frostbitten toes from the wind. But what, really, separates this man from Mr. Jones or Smith or Thomas? What has placed him here, on the intersection of death and despair, instead of at a vacation home on Cape Cod, reclining in a lawn chair and wondering what kind of reception his three cell phones get way out here.

What hand of fate has dealt him three-month-old newspapers and arthritis in his hands, instead of a shiny silver Porsche and bumper stickers advertising honor roll students at Silver Falls High?

He does not see you standing there, and unlike the frugal banker, he does not hound you for money. In fact, he barely harbors hope for it. When the wind or the smell or the time drives you from the sidewalk, your day will continue. You will enter your appointed building and shake the stray flakes of snow from your jacket as the cold air is chiseled off. You will have business appointments and dinner plans and coffee stains on your favorite shirt and no small part of your mind left over for this man who represents the cruel beauty of the suffering.

And as he runs his fingers over the smooth quarters you tossed in his cup, he won’t remember you, the wool-coated patron eager to escape his disturbing company for more important tasks. Your passing on the pearl-gray street goes unremembered, as insignificant as the faded newsprint on which a hunchbacked old man lies.

Perhaps at the end of the day some errand will compel you, unwillingly, to your bank. As you step out of your car and curse the cold, no small part of you will recall the encounter this morning. But as you approach the counter, who should sit there but Mr. Jones or Smith or Thomas. And in the instant that his straight-edged features catch you off guard, you see not the man with three cell phones and no reception, who this very morning shaved away every bit of persistent growth with a $300 razor. You see the open-book face, with no secrets to withhold and no tales to tell. The man who has no message for you of redemption or wickedness or the demons that chased him to 15th and Main, but who merely mumbles “thank you” as his ears detect the clanging of coins in a styrofoam cup. And you will stare dumbly at your banker’s pink, smooth face, and he will wonder what happened to you.

And the overburdened clouds will release their load with a sigh, their poetic flakes spiraling down, and a man’s dark eyes, like the knotted bark of an elm, will sting at the sight of them. Another cold night, he will think, as he pulls a blanket over his toes. And his sigh will not echo, poignant and evocative, round the steel-and-glass dome that encompasses him. And your blank staring and your banker’s worried wondering will not shield anyone from the cruel drafts that plague him tonight.

The stars above the city will gleam like the quarters tucked away in his calloused palm and fill him with as much warmth. And all the high-flown metaphors of the ages won’t save his huddled form. It seems that kind thoughts and grateful prayers cannot reach him here at 15th and Main, but only the smooth-faced coins that rattle mournfully in a styrofoam cup. 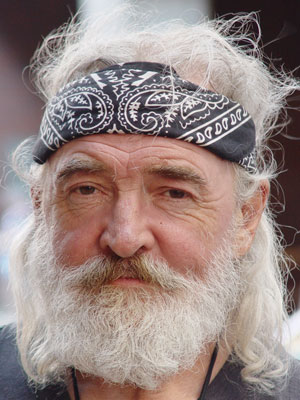 Favorite Quote:
“It is said that your life flashes before your eyes just before you die. That is true, it's called Life.”
--Terry Pratchett

View profile
I really like this story, it is poetic, and yet severly to the point.  Beautiful!
KatsK DIAMOND said...
on Mar. 3 2012 at 2:20 pm
KatsK DIAMOND, Saint Paul, Minnesota
57 articles 0 photos 303 comments

View profile
This is perfect. this was really good and you totally deserve being in the magazine! i can't think of any improvements. . . . could you please read/rate some of my work?
bwriter24 said...
on Jan. 19 2012 at 4:00 pm
you write beautifully! really loved it
kypanda said...
on Jul. 28 2011 at 4:59 pm
I really like this article because it does not try to induce guilt or shame in the reader. It is a simple statement about how things are and can be understood even if the reader doesn't experience poverty every day. Beautiful decription and extensive thought obviously went into this piece. Thank you for sharing.
dolphinchronicles said...
on Jul. 27 2011 at 10:36 pm
dolphinchronicles, Mt. Orab, Ohio
0 articles 0 photos 4 comments
View profile
Very well written.
thedarkestmind said...
on Apr. 21 2010 at 9:45 pm
thedarkestmind, Fresno, California
0 articles 0 photos 6 comments

Favorite Quote:
"He who leaps for the sky may fall, it's true. But he may also fly."

View profile
Wonderful.
aspiring.author.09 PLATINUM said...
on Mar. 30 2010 at 11:00 pm
aspiring.author.09 PLATINUM, Beaumont, Other
34 articles 0 photos 70 comments
View profile
Articles like this make me wonder why more teens aren't being published. This was an incredible piece, suprisingly difficult to follow but rewarding all the same. Your language and style were very unique, and the absence of dialogue simply added to the mood of this work of art. Well done!
ultrabookworm BRONZE said...
on Mar. 30 2010 at 5:35 pm
ultrabookworm BRONZE, Equestria, Kentucky
2 articles 0 photos 69 comments
View profile
Very thought-provoking. You obviously have a way of capturing reality in all its harshness, yet make it a beautiful study of human nature. Kudos.
writingkate SILVER said...
on Oct. 3 2009 at 1:49 pm
writingkate SILVER, Hot Springs, Arkansas
6 articles 0 photos 6 comments

Favorite Quote:
"Wisdom is knowing when you can't be wise." Paul Engle
"People are trapped in history and history is trapped in them." James A. Baldwin

View profile
this story was amazing i really liked the first sentence of the story amazing!!!
KatyMary SILVER said...
on May. 31 2009 at 5:04 am
KatyMary SILVER, Cross Lanes, West Virginia
6 articles 0 photos 5 comments
View profile
This was and amazing piece of work.. I can't tell you how descriptive that was.. awesome!
LoveLikeWoe DIAMOND said...
on May. 20 2009 at 10:47 pm
LoveLikeWoe DIAMOND, LeSueur, MN, Minnesota
54 articles 2 photos 748 comments

View profile
I thought this was really good and thought out too. I can be a real cridic but this was good!
woeggman said...
on May. 14 2009 at 11:37 pm
whoa! I cried- to be completely honest. That reminds me of the old men with over grown finger nails and bushy beards sleeping on the benches infront of our neighborhood coffee shop.
mmfdg623 GOLD said...
on May. 5 2009 at 1:40 am
mmfdg623 GOLD, Lyndhurst, New Jersey
15 articles 0 photos 39 comments

View profile
Wow, your story was really good and gives us a look at an experience that most of us have never experienced. Good job.