Meet Walter White. Suburban husband. High school chemistry teacher. Loving father. Methamphetamine manufacturer? Yes, Mr. White does, in fact, produce methamphetamine. But what could drive such a seemingly normal man to do such a heinous thing, being a high school teacher and law-abiding citizen, no less? It all starts one fateful day, when Walter is diagnosed with inoperable lung cancer. The news hits everyone hard, especially Walt's wife, Skyler, who fights to no end to find some kind of cure or treatment. But when a medical procedure arises that could treat Walt's lung cancer, and buy him precious time, he realizes that his family doesn't have nearly enough money to support such an operation. So what could Walt do to raise the funds? Why, make meth, of course! After being taken to observe a drug bust with his brother-in-law, Hank, Walter happens upon an old student of his, Jesse Pinkman, at the scene of the crime. After tracking him down by his license plate, Walter offers Jesse a deal. He won't turn him in to the police, but only if he'll help him make meth. And from there, everything starts to spiral, the unlikely duo cooking and selling methamphetamine right under the noses of Walter's family and friends. The performance given by every actor is of amazing quality, most notably Bryan Cranston's role as Walter. The changes you see in his character the longer he cooks meth is actually quite realistic, and almost scarily well done. Each season only further's Walter and Jesse's meth-making spree, which in turn draws more questions from Walter's family, increases the risk of the two getting caught (or worse), and adds more money to Walter's bank account. Many interesting plot points are raised, a noteworthy example being when Walter and Jesse decide they need to sell their meth in bulk, and get involved with a sketchy dealer named Tuco Salamanca. Tensions run very high as time goes on, and by the time the final deals are being made with Tuco, you'll be on the edge of your seat in suspense. There are no true flat characters in Breaking Bad, as almost every one is given a unique personality, a diverse back-story, and plays an intriguing role in Walter's world. The plot never seems to deviate or turn sour, either. Everything transitions quite smoothly and realistically, and nothing seems too blank or unfinished. Breaking Bad is a true gem among TV shows, with top-of-the-line acting, superb story arches, and a memorable plot that will always leave you wanting to watch the next episode. While the show is more adult-themed, with it's obvious portrayal of drug-related topics, profanities spat by Jesse (albeit it in a humorous way), and rather intense (and sometimes violent) story line, the overall experience is one that is a true diamond in the rough, and an absolute masterpiece of its genre. 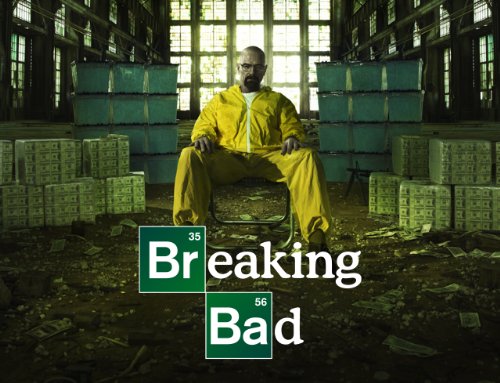 View profile
Really interesting! I've never watched the show, but I think I might just be interested!!!! Good job :)