In the ྌs there was no getting away froma music scene dominated by unkempt hair, worn leather jackets and ripped pants,which made the Red Hot Chili Peppers a refreshing change. With a blend ofpsychedelic California funk, moody blues and everything else under the sun, theyprovided an escape from Madonna and Poison.

After overcoming manyhardships, from the death of bandmate Hillel Slovak from heroin to AnthonyKiedis' struggle to end his own addiction, the Chili Peppers have more thanearned their exalted position. And, with the release of "By The Way,"the Chili Peppers reaffirmed what they are here to do: maintain, develop andenrich the funk of this world.

"By The Way" brims with musicalvariety, efficiently and effectively blending Latin, emo, punk and even ska. Thisis not unusual for them, however, as evidenced by their previous CDs'multicultural mixes, complemented by a blend of the band's hallmark funk-infusedCalifornia jazz.

Flea, a.k.a. Michael Balzary, once again plays bass, andcontinues to create jaw-dropping bass lines. John Frusciante generates even morelicks for both lead and rhythm guitar, and his harmonious vocals once moreprovide a sense of completeness to each song.

Anthony Kiedis plays hisusual role of lyricist, and demonstrates that the advances of"Californication" are not forgotten; his lyrics have more depth andmaturity. The marriage of these elements, along with Chad Smith's driving drumbeats, makes for a dynamic CD that will please most.

Notable tracksinclude the title track, which starts on an upbeat, energetic note. The chunkybass and sporadic lyrics make it memorable, especially with a chorus that easilycreeps into the subconscious. Also memorable is "Can't Stop," a tunethat, like an Indiana Jones movie, starts intensely and builds even more as itprogresses.

"On Mercury" is perhaps the most engaging song,representing an almost complete departure from their usual style by throwing downa ska groove that gives listeners the urge to jump around. The feel-good beat really helps lift the melancholy tone that most trackshave.

"By the Way" finds the Red Hot Chili Peppers in the primeof their recording days and is sure to please new listeners and veteran fansalike. 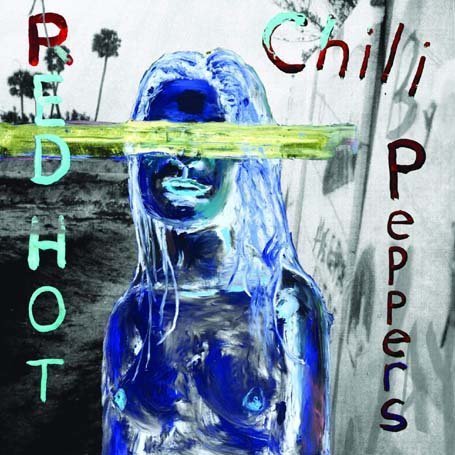