If you're tired of the bootylicious babble that Destiny's Child has inspired, you may want to try the new solo effort from multi-platinum recording artist Beyonce Knowles. "Dangerously in Love" blends influences from hip-hop to rock and jazz. It's also divided between seductive tempos ("Be With You"), lush ballads ("Dangerously in Love," "Signs" and "Say Yes") and fiery club bangers ("How I Like It," and "Baby Boy").

Knowles, who co-wrote and co-produced much of the album, is also accompanied by many artists including Missy Elliot, Sean Paul, Luther Vandross, Big Boi (OutKast), and boyfriend Jay-Z. With this album, Knowles also has released a deeply passionate, sexually aggressive and more mature vibe.

The first single, "Crazy in Love," features Jay-Z. Co-produced with Rich Harrison, it was the song of the summer. This is no schoolgirl's fantasy of blossoming love - "Dangerously in Love" is clearly Knowles' way of staking her claim in the world and in the process redefines the expectations of who she is.

Beyonce Knowles is surely a triple threat, who's added songwriter and producer to her resumé. I can't wait to see what else this entertainer has up her sleeve! 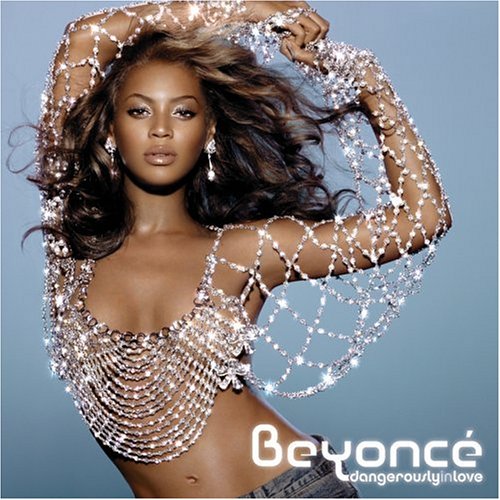 Favorite Quote:
"NEVER LET ANYONE RAIN ON YOUR PARADE'

View profile
very well done you have a thumbs upfrom me........
Lizzy Cerone said...
on Oct. 8 2012 at 5:17 pm
Beyonce is a great singer and I may not have met her...... yet,  but she seems pretty awesome. I think that there should be more people out there like her that inspire people the way she inspired me. I love you Beyonce! <3
IAmWhoIWantToBe PLATINUM said...
on Aug. 13 2011 at 6:05 am
IAmWhoIWantToBe PLATINUM, Manila, Other
41 articles 0 photos 650 comments

yes she is but beynnce is next in line

View profile
I'm not familiar with Beyonce's music, like, at all (though I've always intended to check into it), but she is one gorgeous woman. :)
2beautifulblueyes said...
on Dec. 18 2010 at 9:48 pm
2beautifulblueyes, SI, New York
0 articles 0 photos 4 comments

Favorite Quote:
if the one you luv brakes your heart built a bridge n get over it

Favorite Quote:
Life is Your RUNWAY,so be prepared!-If you have Faith in your supreme "GOD" you can achieve anything that is imaginable!*-Giving up is not an option!

View profile
I love this album still to this day I listen to it if im' going through a hard tim.I love and respect Beyonce' I think she is The Baddest in the Music Industry!
K.Feisty BRONZE said...
on Nov. 10 2010 at 8:20 am
K.Feisty BRONZE, Inman, South Carolina
2 articles 0 photos 4 comments

Favorite Quote:
Dont worry about today being the end of teh world its allready tommarow in australlia!

View profile
This album is really old but Beyonce is such a wonderful singer and all her slower songs have such a good message and all in all she's great:)
BrookXoxo BRONZE said...
on Nov. 4 2010 at 8:16 pm
BrookXoxo BRONZE, Andrews AFB, Maryland
4 articles 4 photos 22 comments
View profile
This i really old?
Lalalovable SILVER said...
on Oct. 13 2010 at 8:44 pm
Lalalovable SILVER, Antioch, California
7 articles 1 photo 50 comments
View profile
destiney's child was amazing and this album was made in like 2003. beyonce's a great artist but i'm just saying.
deus-ex-machina14 BRONZE said...
on Aug. 30 2010 at 5:07 pm
deus-ex-machina14 BRONZE, Stewartsville, New Jersey
1 article 0 photos 439 comments

Favorite Quote:
"when you cry, do you waste your tears?" Madonna

View profile
this is great review, it actually made me consider buying the CD. I really liked this, I'm a big beyonce fan