This is Metallica's first album which was released in July 25, 1983. It was recorded in a short time, 2 weeks to be exact, and on a very small budget. The original album title was different but the studio urged them to change it. There so they changed it to what it is now. The album cover is of a shadow of a hand letting go of a bloody sledgehammer. Although this album is not as powerful as Master of Puppets or Ride the Lightning but it is still a pretty good album. It has a much faster tempo than other releases and it also has a lot more thrashier sound. That is why this album is more of an original thrash metal album.


This album isn't as fast or brutal as Slayer albums but it's still cool to listen too and is pure thrash album. This album has those catchy guitar riffs, insane guitar solos, great vocal singing, and great drumming. Now let's talk about the songs:

1.
Hit the Lights- This song begins with a fade in of the guitars and then Lars, the drummer, making a drumming pattern. After that the guitarist are on speeding fret boards. They have cool guitar riffs and throughout song have many miniature solos and then they go in to the real solo. This is a great opening song and has to be one of my favorites on this album.
2.
Four Horsemen- This song isn't as fast as the previous song but it has catchy guitar riffs and great solos. Though the solos are more classical solos.
3.
Motorbreath- This song begins with a drum intro. The guitars dominate in this song though.
4.
Jump in the Fire- This song is pretty fast though it has catchy riffs. At the end there is progressively more faster and long guitar solo that I enjoyed.
5.
(Anesthesia) Pulling Teeth- is a long solo but it's not guitar solo it's a BASS SOLO! This song shows Cliff Burton's skills in his more classical background. Also he uses heavy distortion and a Wah-Wah Pedal. The only lyrics or dialog in this song is at the beginning where Cliff states: “Base Solo, Take One” Then also in the beginning there is no drum beat though they do kick in at about the 2:40 mark.
6.
Whiplash- begins with low thumping of the bass drum then the guitars kick in and add spice to the song.
7.
Phantom Lord- has its ups and downs. You can barely hear the vocals because they are drowned by the guitars. This song also has a cool guitar solo. Then it slows down again after that. Then another guitar solo comes in and speeds it up again. Just like I said it has its ups and downs.
8.
No Remorse- has a cool rhythm to it and is still a good part of Metallica's live shows.
9.
Seek & Destroy- Finally we have come to my favorite song of this album. This has that famous opening guitar lick that I love. It also has catchy vocals that just keep so energized! Also those great guitar riffs that are so repetitive. This song also has a very cool guitar solo that then ends to the original melody of this track.
10.
Metal Militia- is the most insane track out of all of these because it starts out fast and just has that pure thrash sound to it. Pretty cool song
So my conclusion is that this is a great album if you're a Metallica fan. Although it's not as good as the other albums that I listed but if you're a metal head then you will enjoy this great album by one of the greatest thrash metal bands. 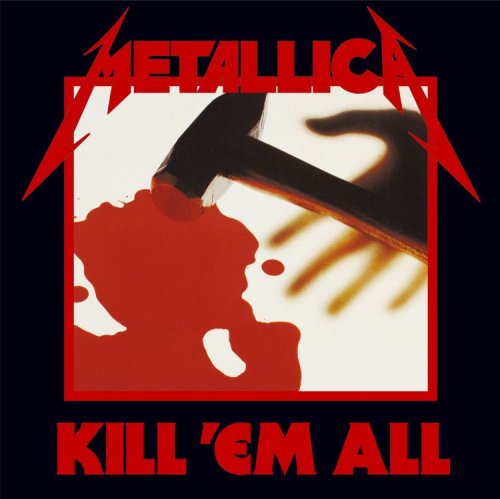