Between the Buried and Me- | Teen Ink

Between the Buried and Me-

The five-piece progressive-metal band, Between the Buried and Me, shocked listeners around the world with the greatly anticipated album, "Colors" in 2007. Although listeners did not know what to expect after "The Anatomy Of", which featured covers of several rock bands from the past and present, the metal aspect, as well as many other diverse elements, arose nonetheless from "Colors." The album features some of the most awe-inspiring choral textures, jazz sections, and heavy metal riffs performed by one group of people, and ultimately pleases anyone that can appreciate music.

The cover art of the CD is interesting in itself, as a skyline embedded with a spectrum of many colored lines undoubtedly symbolizes the variation of sound and hues of melody within the eight tracks. As the music begins with soothing piano and singing, followed by jazzy sections in "Foam Born (A) The Backtrack," the intensity picks up soon after, rushing into minor sweeping arpeggios and brutal dissonance of the guitars. The song then flows perfectly into the tribal percussive movement of "Informal Gluttony," into "Sun of Nothing," during which the lyrical genius of Tommy Rogers can fully be appreciated, as well as the random soft sections and quick changes into sections during songs. "Prequel to the Sequel's" epic introduction forms a smooth transition, while the story told within the lyrics and an unexpected accordion solo maintains the listener's attention through this section of the record, as it contains three songs over ten minutes long. The remaining two tracks, "Viridian" and "White Walls" defy any form of categorization and finalize the message Between the Buried and Me clearly send throughout the CD. It is possible to include more than 3 genres of music in a musical group.
The band signifies what it means to make a reputable and flowing record and has secured a rightful place in the minds of metal-heads, jazz lovers, and even mainstream listeners alike and can be considered a contributor to the worldwide fame they now receive. 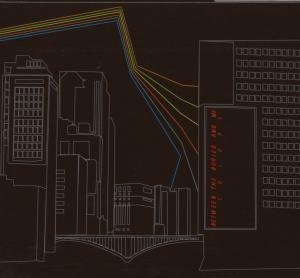