“Live Like You Were Dying” is Tim McGraw's ninth album, and the second recorded with his road band, The Dancehall Doctors. It's a mix of rock, pure country and pop, and shows the range of McGraw's voice and the different styles of music a country singer can make sound phenomenal. There are songs that will make you want to roll down your window and crank up the volume.

“How Bad Do You Want It” is a song that motivates you to achieve your dreams: How bad do you want it?/How bad do you need it?/Are you eatin', sleepin', dreamin'/ With that one thing on your mind?

The single “Back When” is a humorous song about missing the way things used to be. One of the best is “Blank Sheet of Paper,” written by McGraw's good friends and touring buddies The Warren Brothers, who with McGraw's wife, Faith Hill, sing back-up on the song about forgiveness.

The title track was the first song released off the album and was the fastest-rising single (it reached number one in just six weeks) McGraw has ever had. Unfortunately, this song hit too close to home; he lost his father, famous baseball player, Tug McGraw, to cancer. The lyrics are very inspirational and the song is dedicated to his dad.

As a whole, “Live Like You Were Dying” is one of Tim McGraw's best albums yet. It has a variety of music and shows off his vocals extremely well. 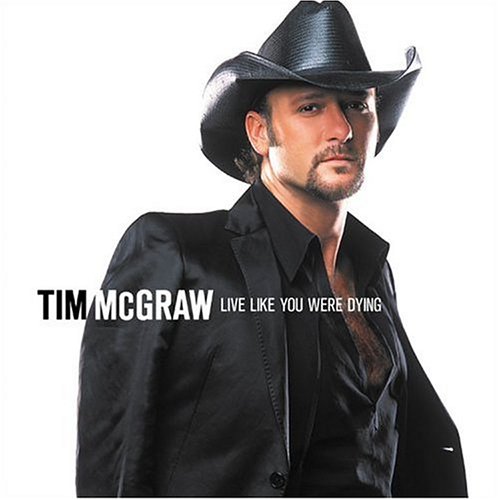 Favorite Quote:
like a fire we burned bright, later on that night

View profile
i love this artist and the article is, in my opinion, spot on
PrettyOdd SILVER said...
on Dec. 6 2013 at 5:54 pm
PrettyOdd SILVER, Connellsville, Pennsylvania
9 articles 0 photos 12 comments

Favorite Quote:
"Don't listen to them when they say it's just a fool, just a fool to believe you can change the world. The smallest thing can make all the difference. Love is alive."
-Carrie Underwood

View profile
Tim McGraw is such a great singer. Good article.
AWESOMELOLZ963 said...
on Mar. 2 2009 at 8:16 pm
This article was a really good one. I enjoy this song very much and her is one of my favorite singers:) My friends used to sing his songs all day everyday.... I LOVE HIS MUSIC!!!!!!!