Day26, the self-titled debut album from the winners of MTV’s hit TV show “Making the Band 4” is awesome! Since I love it so much, let’s go track by track. It starts off with “I’m the Reason,” an up-tempo track that features all 5 members of the group, Willie on the first verse and Robert on the second. The song is about the fact that when they take their girlfriends out to all of these great places, the girl would act as if she did this herself and not know that he did it for her. The next song is another up-tempo track and their debut single called “Got Me Going” and it’s about their feelings for a girl. The song was produced by Mario Winans, written by super producer Bryan Michael Cox and also features Diddy. The third song is called “In My Bed.” This is a mid-tempo song. The chorus in the song features the guys telling their girl “Don’t Be Shy” and “We Got All Night.” The fourth song is entitled, “Silly Love”, it’s a mid-tempo song and they are telling their girlfriends that they’re “In a Daze” and “Blown Away” in the chorus. The fifth song is called “Come with me.” This mid-tempo song features all five members of the group and a fast-paced performance by Qwanell. The song is the basic, “meets-a-girl-at-a-club-and-you know-happens-next” kind of thing. The sixth mid-tempo, sort of live drums, track is called “Co-Star.” It again features all 5 members of the group and the song has them asking their girlfriends if they can be their co-star, what is in store for them, and telling them that they’re in “the right place, at the right time” in the chorus and hook.  The seventh and one of my favorites on the entire album is called “Come In,” (“My Door’s Open.”) This song was produced by “The Runners” and written by Mary Brown. The song is about how the guys see a girl in bad relationship, offer to help and ask why she’d “waste her time” in the bridge. The first verse is sung by Willie and the second verse sung by Robert, who, awesomely, reigns over the rest of the song with help from Brian, Willie and Mike! The eighth song is a Bryan Michael Cox produced track called “Are We in Together?” In the chorus, the whole group asks their girlfriends “Would They die for them” if they were “Locked Down, With No Money, Would They Hold It down for them?” This is a great song for any couple who want to move to the next level in their relationship. The ninth track is a slow, sensual song called “What It Feels Like,” featuring the entire group and a hot bridge delivered by Robert. The tenth, piano-based, track is called “Since You’ve Been Gone”. This is another basic “now-that-my-lover-has-left-me-part-of-my world-is-gone” song and the guys want to tell them that they miss them, they want to talk to them and that “they’ve changed.” The eleventh song is called “If It Wasn’t for you.” This song is about the guys telling their girls that “If It Wasn’t For” them, they’d be “Out on these streets, tryna find a way to make ends meat and would be “Serving time in prison in their own minds” in the chorus and they’d “Probably wouldn’t know what they know now and “Probably would be where they are now” in the bridge.   The first verse is sung by Willie and the second is sung by Robert again. The entire group contributes once more. This is another great song to listen to if you’re a fan of Qwanell, who sings in falsetto near the end of the song where the group takes turns vocalizing!   The final song (If you bought the album at “Wal-Mart” or “Target”) is another slow and sensual song called “Don’t Fight the Feeling.” This song only has Willie, Brian, Mike and Robert on vocals. Sorry Q fans! Willie sings the first verse; Mike sings the second, Robert sings the chorus/bridge and Brian ad-libs when the chorus is sung for the last time. Like I mentioned before, if you didn’t buy the album at “Wal-Mart” or “Target,” then that was the end of the review for you, but if you did, read this.: The first bonus track is called “Aint Going” and it’s a collaboration between Day26 and season 3 “MTB” winners Danity Kane! This song’s chorus has the two groups telling the listener that “This Aint Nothing like You’ve Heard Before” and this is their chance to “make you move.” The beat is up-tempo and it’s a reminder to that listener that they will be “Right There, Right There.”   Last, but not least, the final bonus track is the first studio song that the “MTB4” winners made together! That’s right. Sing it with me ladies, “Don’t Wanna Play No Games, I want you ex…” I can’t hear you! Willie sings the first verse, Brian sings the hook the first  time, Willie sings the second verse, Robert sings the hook, Brian and Q sing the bridge, Mike sing the hook and the chorus is sung twice while Q ad-libs!This is a great album. If you’re an “MTB4” fan or have a friend that is one ,I beg you to go buy it!. Trust me; it’s so good that I listen to it everyday. These boys can really blow; they’re not a group of 5 guys who use the auto-tune like T-Pain does! I have a feeling that they will be around for a very, very, VERY, long time. 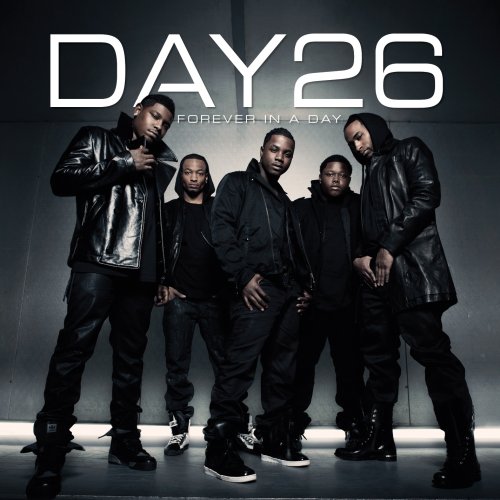